Latin America is in trouble. From the Rio Grande to the Drake Passage, angry and violent partisanship is rising; citizens feel their governments have failed to provide peace, prosperity or security; courts and the media—the usual counter-balances to autocrats—are weakening; and too many politicians are proposing radical, rather than centrist, solutions.

So, what is the future of democracy in the Americas?

“Violence could be around the corner, but it does not mean that democracy will die,” insists Eduardo Amadeo, an Argentine economist, diplomat and politician. Indeed, says Colombian risk expert Sergio Guzmán, “The cry in the streets is not for less democracy, but for more democracy, for more participation, for more involvement in the government’s decisions and for the government to be more transparent and to consult with people more.”

American politician Tip O’Neill famously insisted that all politics is local. Patricio Navia, a leading Chilean social scientist, argues that what has happened in Chile over the past two years makes the case. ”People did go out to the street. They wanted more equality; they wanted more social services, more social rights. And the response the [Chilean] political class gave them was, ‘Okay. So, rewrite the rules of the game rather than increase social expenditure, rather than increase social rights… rewrite the whole constitution.” But Navia worries that the elite might have outsmarted themselves if the soon-to-start popularly elected constitutional convention in Chile rewrites the rule in ways “that might end up leaving everyone worse off.”

That’s the dilemma; as Amadeo puts it, “what sort of democracy are we going to have: a democratic regime or just elections?” Navio speculates that democracy might be “a pleasure that only the wealthy can afford to have; for the poor, satisfying immediate needs might be way more important than democracy.”

“Immediate needs” seems to be a placeholder for “social contract” between citizens and their elected leaders—which is exactly the problem in too many countries. “What we’ve seen in many places in Latin America is the state’s complete inability to keep its populations alive,” says Guzmán. “The rich have already gone to New York, to Miami, or to Texas for their vaccinations while the poor are stuck with a social contract that they have no way of changing.”

That is certainly the case in Argentina, according to Amadeo: “The social contract in Argentina has to be rewritten and some of the basic values that let a society work should be rediscussed. For example, populism in Argentina has always prioritized the present to the future and the result of that is inflation… So the chances that Argentina falls into a process with terrible uncertainty in terms of violence, economy, poverty, et cetera, are very high. What’s going to be the social contract after that?”

Navia summarizes, “If there are just way too many people with nothing to lose, then you are not going to have strong support for democratic systems in Latin America.” The antidote? If you can create a strong enough middle class, that middle class will be the basis on which you can build democracy.

Saying it is easier than doing it, especially with a pandemic still raging and a complicated global economic situation where multilateralism is under pressure. “In Colombia” says Guzmán, “the pandemic made all the social tensions that we had prior worse. Unemployment is worse, people not working and not studying have increased significantly. Inequality has grown quite significantly as well.” And the government’s failure so far to provide vaccinations “touches people very personally…[even] their ability to survive.”

Unfortunately, it’s also a risk, as he explains, “If those needs are satisfied by an authoritarian leader who might be elected democratically…then people are going to be happy with that leader.” So, how to find good leaders who are competent and democratic?

Amadeo worries, “There are enormous incentives to be non-efficient, to say the least, or corrupt. Unless we can end corruption in Argentina, it’s going to be hard to have good leaders because a number of politicians are attracted by the possibility of getting rich very fast.” Navia argues that the answer is not a Diogenes-like search for honest leaders: “If you put the right incentives in place, then even bad politicians will behave properly.” His list: “You have to pay politicians well. If you do not pay politicians well, they will find other sources of income and that’s precisely what we don’t want them to do. You also have to allow for their reelection. They have to be allowed to develop political careers.”

Admitting that better pay for politicians is unlikely to be popular, Navia underscores the need for professionalism in politics. “You don’t want somebody to be your doctor for four years and then go do something else, right? You want somebody to be a good doctor for many, many years. And, in fact, you should think of politicians as doctors and political parties as hospitals…I think we’re moving in the opposite direction by getting this idea that anybody can be a politician, and it’s just a matter of getting somebody from the outside and letting that person lead the country. We are getting ourselves into a really, really bad situation.”

That perception matters at a time when 45% of respondents to a region-wide poll last fall said they would be willing to trade their rights for safety and only 60% said that democracy is preferable to any other form of government.* And the data is clear that young people in particular are skeptical of democracy and more willing than their parents to make the hypothetical trade—which is not so hypothetical in the rhetoric of many politicians. 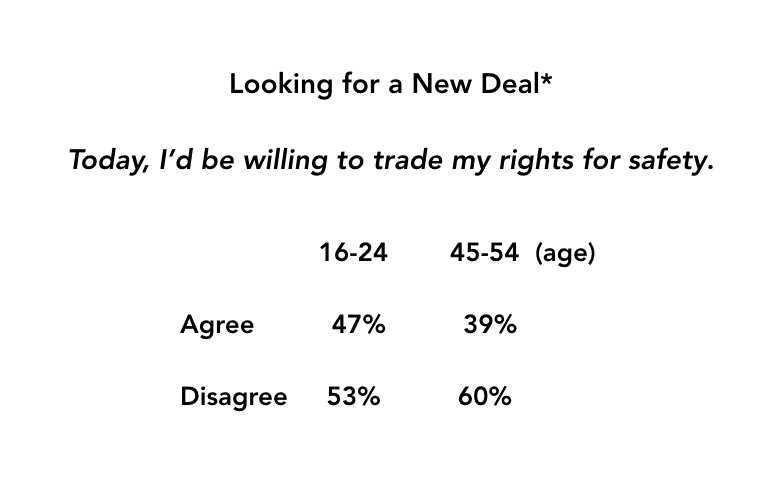 That, perhaps, is the good news. Democracy, Guzmán insists, “is being requested and demanded in the form of accountability, institutional presence, and—why not—responsibility.”

* “Perceptions of Democracy in Latin America during COVID-19,” Luminate, 2020 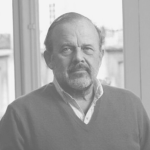 Eduardo Amadeo has served his country in many capacities, most recently (2015-19) as an elected member of the national Congress, representing Buenos Aires as a member of the Propuesta Republicana formed by President Macri. During his mandate he served as Chairman of the Finance Committee.
Previously, he was President of the Bank of the Province of Buenos Aires (1987-91), Secretary for Social Development of the Republic of Argentina (1994-98)  and Ambassador to the United States (2002-3).

In addition, he was deputy chief of the Cabinet of Ministers and spokesperson for President Eduardo Duhalde. As Secretary for the Prevention of Drug Addiction and Control of Drug Trafficking (1998), he implemented the first comprehensive statistical system for drug demand in the country. In 1994, he became a fellow at the Woodrow Wilson International Center for Scholars.

He was first elected to Congress in 1991, where he became president of the education committee and secured the approval of the federal education law and the law for superior education. 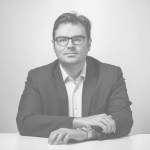 Sergio holds a Master’s degree in International Economics and International Relations from the School of Advanced International Studies at Johns Hopkins University. His native language is Spanish, he is fluent in English and is proficient in Portuguese. Sergio has spoken at numerous regional and international conferences on issues of political economy, finance, anti-corruption, and international relations. 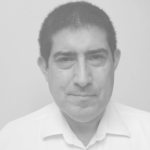 Patricio Navia is a full professor of political science at Universidad Diego Portales in Chile and a clinical professor of liberal studies at New York University. He is also affiliated to the Center for Latin American and Caribbean Studies at NYU. He holds a Ph.D. in Politics from NYU and an M.A. in political science from the University of Chicago. He regularly writes on elections, public opinion, political parties, legislatures and democratization in Chile and other Latin American countries. He is a regular columnist at the Americas Quarterly and El Libero (Chile).