Are We Really All in This Together?

Cardinal Czerny argues that any approach to Covid-19 that does not include those most vulnerable among us is a non-solution. Who then seems to have overlooked these people? 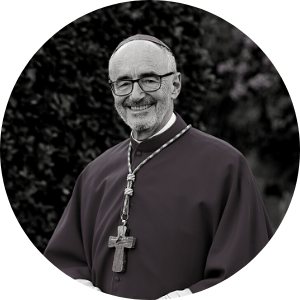 Why do we seem unable to work together to manage our common home? Is the Covid pandemic considered “global” while Ebola was not, because Covid has laid waste to rich countries, while Ebola did not? Is the failure of governments that we see almost everywhere actually the failure of citizens for not demanding more of their leaders?

Cardinal Michael Czerny, who heads the Vatican’s work on refugees and migrants, offers uncomfortable answers in this “New Thinking for a New World” conversation with Alan Stoga.

Code Red: not for Earth, for Humanity?

We live in an era of accelerating, disruptive climate change, with catastrophic consequences that every credible forecast says will worsen. To look for answers we recently organized a conversation with Gladys Kalema-Zikusoka, Francisco Hildebrand and Tero Mustonen....