What Happens When Democracy Dies?

“[Venezuela] has become a threat to the security and stability and democracy of the hemisphere.”

Sometimes you are known by the friends you keep; sometimes by the enemies you make. Take the case of Venezuela. The country’s allies are China, Cuba, Iran, and Russia; the enemies include the United States, Europe, and the democracies of Latin America.

What more do you need to know about a failed state that was once one of the most prosperous democracies in the Americas?

Yet, today ordinary Venezuelans aren’t just poor; they are getting sick, starving and fleeing in increasing numbers. Nine million malnourished out of a population of 28 million; 25 million living in poverty; spiking rates of infectious diseases (e.g., highest rate of tuberculosis in four decades); dramatic rises in infant and maternal mortality. Many of those who can flee do so: almost 6 million Venezuelans are outside the country, scattered mostly throughout South America.

Such an epic collapse is usually explained by war. But in Venezuela’s case it has a different name. According to Smolansky, “This is a criminal state, a kleptocracy where according to so many experts, it is estimated that in these twenty-two years [since Hugo Chavez was elected president and succeeded by Nicolas Maduro in 2013] approximately $1 trillion have been robbed in Venezuela….Everything that goes to the Venezuelan accounts is literally robbed by these gangs. And it’s not only Maduro. We are talking here of different people that are part of the regime; they behave like a drug cartel, literally. This is a drug cartel that is [in] power, that controls the infrastructure of the state, that runs oil fields, that run gas fields. Of course, ordinary people are completely unprotected.”

The pandemic provides an example of how the Maduro government makes choices.  “The vaccines in Venezuela are not a priority for people who are in the hospitals like doctors or nurses, or for …the elderly.”  Instead, the government’s acknowledged policy, Smolansky says, is to prioritize “the armed forces, especially the generals…the members of [the government’s] political party…and the cabinet of the regime.”

Yet, Venezuelans let an elected leader hijack “democracy…to destroy democracy.” That’s a lesson Smolensky hopes people learn from his country’s downward spiral. His corollary is that, once democracy is corrupted, it is very hard to get it back. He quotes Maduro as saying, “if we cannot win by votes, we’re going to win by bullets.”

At this point, some critics might suggest a counter narrative: that U.S. hostility and sanctions have triggered the country’s economic collapse and forced it more firmly in the arms of countries willing to try to mitigate American pressure. Smolansky will have none of it. “I don’t think sanctions have affected Venezuelans. The worst sanction that we have is Maduro’s regime. The vast majority of the sanctions that have been applied in Venezuela are individual sanctions. And our sanctions have not only been implemented by the United States, but also by countries like Canada, Panama, and the European Union. Sanctions against the ones who are involved in crimes against humanity, human rights violation, drug trafficking, corruption, money laundering.”

Today Smolansky, who was once the youngest elected mayor in Venezuela, is in political exile in Washington, hoping and advocating for international as well as domestic action to overthrow the regime in Caracas. His preference is elections, which he is confident would change everything. But he is equally clear that the conditions do not exist for “free and fair” voting as, he insists, was demonstrated in nationwide voting for a new legislature at the end of 2020. “What happened in December was completely a fraud. It was illegitimate. It was not recognized by the vast majority of the countries in Latin America, by the Organization of American States, by the US, by Canada, by the European Union.”

For Smolansky, the conclusion is obvious: “more pressure from the international community” is urgently needed to change the government.  He argues that the United Nation’s globally accepted “responsibility to protect” imposes obligations on countries to come to the rescue of oppressed Venezuelans. However, he argues, the global community’s sanctions approach has failed to prevent ongoing, massive crimes against humanity. What about diplomacy? “Well, in Venezuela we’ve had more than 20 round tables of negotiations with the international community as observers, and there was no agreement.”

That leaves one major alternative: “It is legitimate to use the force through humanitarian ways to protect the people who are suffering.” Smolansky avoids an explicit call for military intervention from outside Venezuela, even while citing the American overthrow of Manuel Noreiga of Panama in 1990 as an example of past actions that removed an elected president turned drug trafficker. “That’s old school,” he says, even while insisting that “any option is legitimate” today.

Under the circumstances, maybe that is the only answer a once and future politician can give. But Smolansky firmly believes his country has a brighter future than past. “I dream every day to go back to Venezuela. I think the most powerful thing that will happen in Venezuela will not only be the restoration of democracy and freedom, but to give the chance to the 5.5 million who have fled to go back and reunite with their families. And that’s what I’m working for every day.”

Maybe not a plan, but at least a goal.

David Smolansky recently spoke with Alan Stoga as part of the Tällberg Foundation’s “New Thinking for a New World” podcast series. Hear their whole conversation here or find us on a podcast platform of your choice  (Apple Podcast, Spotify, Acast, Stitcher, Libsyn, etc). 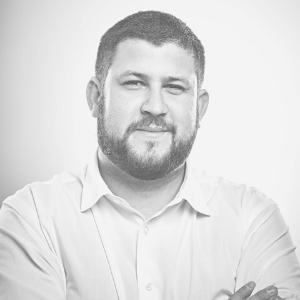 David Smolansky is the special envoy of the Organization of American States to address the Venezuelan Migration and Refugee Crisis. He has visited more than 10 countries promoting policies to protect 5.5 million Venezuelans who have fled Maduro’s regime.

Smolansky has been living in exile since 2017 after Maduro’s regime illegally ordered his arrest for being one of the leaders who called and participated in non violent protests demanding guarantees of human rights and restoration of democracy.