The time for Climate Action is NOW 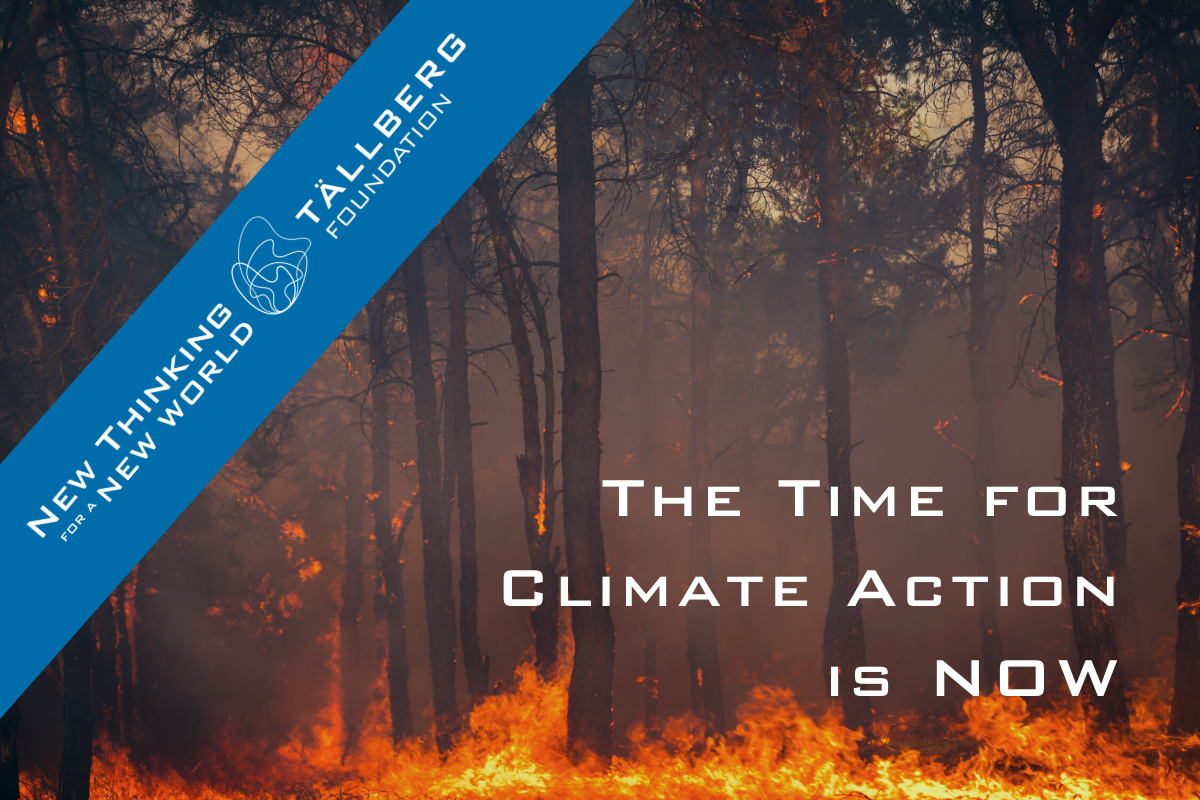 The survey indicates there is a deep and immediate wellspring of support for aggressive collective and individual action on climate.

“Climate change is a top preoccupation—I would say top “fear”—of people around the world,” said Alan Stoga, Tällberg’s chairman. “More and more people see changes in climate affecting how they live now and threatening a bleak future for their children. At least in our survey, people tell us that they are willing to sacrifice today to produce a better future. They also say they want—indeed, demand—that their governments move aggressively to mitigate further climate changes.”

Tällberg’s survey revealed a surprising optimism. Despite respondents saying that the changing climate is having major impact on their personal lives (65%) as well as on their communities (60%), they are overwhelmingly confident that it’s not too late to avoid disaster. Almost 70% said that action now can mitigate the impact of climate change (including 44% who strongly disagreed with the statement that it is too late to do anything about the changing climate)—and large majorities indicated that the action they have in mind is personal as well as governmental.

Most people who responded to Tällberg’s survey say they are committed to concrete actions to reduce the pace and impact of climate change—from driving less to eating less meat to conserving on heat and air conditioning—and they believe their actions will make a difference. A huge majority also believe that addressing climate will create, not destroy jobs, by a margin of 78 to 22.

But people aren’t looking for a free lunch. Eighty-five percent say they are willing to make sacrifices today for a better climate tomorrow. And that willingness to sacrifice includes paying more taxes: large majorities across demographics are willing to pay the cost of a carbon tax that would raise the cost of goods by 10%. Indeed, 78% of respondents over 60 say they would willingly pay such a tax.

So, why aren’t government’s moving faster?

The survey results don’t provide an answer, but demonstrate a high degree of frustration with politicians. On the one hand, climate is the top priority of all demographics: millennials as well as people over 40 indicated that climate and education are their top priorities (more so than coping with the pandemic, creating jobs, building infrastructure, fighting terrorism, etc.). Most are also sure that most of their fellow citizens agree with them that climate action is urgent (although 65% of millennials believe they speak for their fellow citizens, compared to 58% of people over 40). 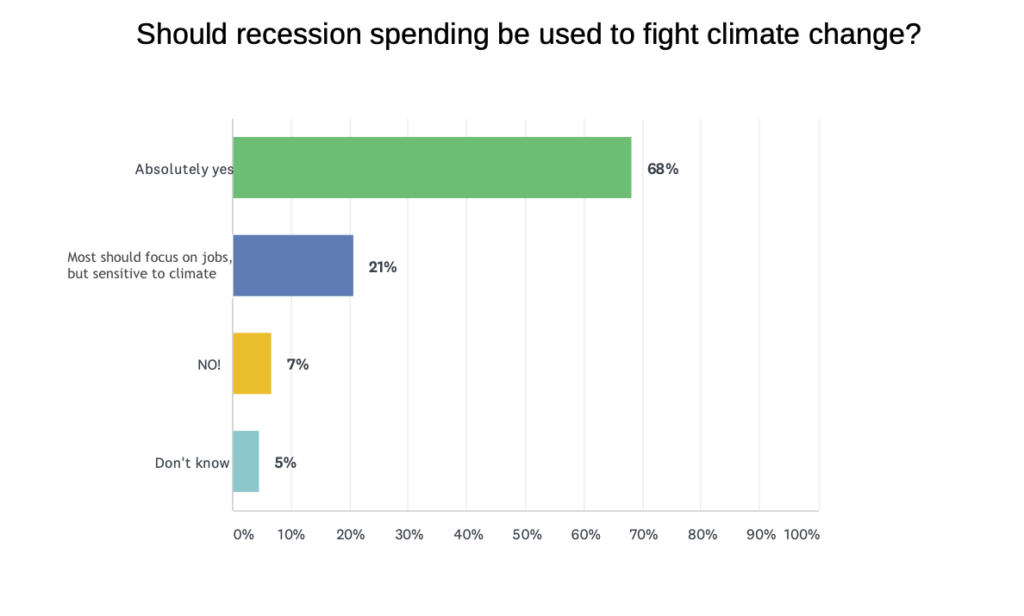 On the other hand, fully 72% of survey respondents believe their governments are doing too little about climate; only 20% say their government’s policies are about right. And they overwhelmingly want governments to use the massive fiscal response to the Covid-induced recession to combat climate change.

This last point resonated with several thought leaders who recently participated in Tällberg’s New Thinking for a New World podcast series. Christiana FIgueres, one of the lead negotiators of the Paris Climate Agreement insisted that the combination of concentrated political authority, will and fiscal resources produced by the pandemic is a unique and passing opportunity to act: “all of the components of the response to the Covid crisis are the same components that we need to harness a muscular response to climate.” And, Mogens Lykketoft, former President of the UN General Assembly and prominent Danish political leader, insisted that it would be a “catastrophe” if the global economy that emerges from the recession is “black instead of green.”

“Our survey may be more indicative of the thinking in the Tällberg global network than in the world at large, but it indicates there is a deep and immediate wellspring of support for aggressive collective and individual action on climate,” concluded Stoga. “We need to act now!”

* Tällberg Foundation conducted a global survey between May 22 and June 8, 2020; 350 respondents from 72 countries participated.