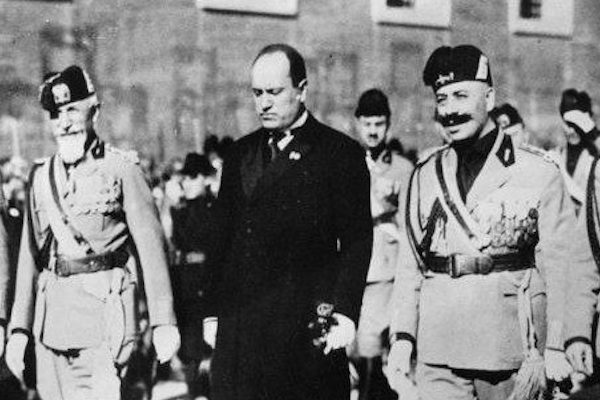 Too many people in too many countries do not trust their leaders to act in their national interest or, at the extreme, even to hold fair elections. This article is a product of the survey on confidence and democracy we asked our global network to take part in a couple of weeks ago.

The Tällberg Foundation deeply believes that democracy is the form of government most likely to produce the best outcomes for people everywhere. Unfortunately, it didn’t take the pandemic crisis to demonstrate that many democracies and most of their leaders are falling short.

Why? We decided to ask our global network, surveying more than 500 people from 77 countries during April1. The overriding conclusion is stark:

Too many people in too many countries do not trust their leaders to act in their national interest or, at the extreme, even to hold fair elections.

That headline result is devastating; that fact that millennials are significantly more disillusioned and more distrustful than older generations underlines the depth to which the future of democracy is at risk.

Unfortunately, our conclusion is not unique. For example, early in 2020 Cambridge University2 reported that nearly 60% of people around the world were dissatisfied with democracy—including large majorities in the United States, Brazil, Nigeria, Mexico, the United Kingdom, South Africa and others. People said they were unhappy with their leaders, with how their governments worked, and with what those governments produced for them.

In other words, they said their democracies are failing.

We focused our inquiry on trust, leadership, and whether governments are delivering on their social contracts.

A majority—56%—of respondents have little or no confidence in the top political leadership of their country. Age makes a difference in perceptions: millennials report even less confidence in their presidents or prime ministers. They simply do not trust their leaders.

If people don’t trust national politicians, whom do they trust? Far and away—90%— they trust scientists—followed by military and business leaders (64%). While the near unanimous “approval” of scientists undoubtedly reflects the impact of the Covid-19 pandemic, it could be an important foundation stone for future policy making in areas like climate change. And, data from other global surveys (most notably the 2020 Edelman Trust Barometer3) suggest that our confidence in scientists, military officers and business leaders is based on their perceived competence in a world where politicians and others in authority are typically seen as incompetent.

The distrust of and lack of confidence in political leaders runs deep. We asked if people think citizens of their country trust their national government to act in their (i.e., citizens’) interests—arguably an essential condition of a functioning democracy. Almost 60% said no, which may not be surprising, but is an astounding condemnation of current political leadership.

The obvious follow-up question is, “Why?” The overwhelming answer is because people see politicians as corrupt or weak. Indeed, this is one of the issues where age really matters: the younger the respondent, the more likely to see corruption as the root cause of leaders’ failures. At the extreme, almost 77% of millennials think their countries’ top political leaders are corrupt.

This deep-seated contempt for politicians, especially among younger respondents, leaches into perceptions of the electoral system. While free and fair elections are not sufficient to produce a well functioning democracy, corrupt elections are both cause and consequence of failed democracy. Less than a third of millennials trust their leaders to conduct fair elections. Perhaps this is why, in countries like the United Kingdom and the United States, younger voters go to the polls much less frequently than older voters. If millennials do not trust politicians to conduct fair elections, why legitimize their corruption by voting?

An important part of the Tällberg Foundation’s work program is to re-establish the legitimacy of democratic governance. Along with Churchill, we recognize that democracy has its flaws. As he said in 1947, “No one pretends that democracy is perfect or all-wise.” Part of the explanation in the different perceptions of leaders and their motivations between generations is different inclinations to trust anyone. Millennials simply are less trusting than older generations. While 52% of millennials say they generally do not trust other people, only 30% of older citizens report the same degree of general distrust.

“Houston, we have a problem!”

However, two decades into the 21st century, it’s clear that democracy, as currently practiced, has deep problems. The inescapable conclusion is that, if we want a democratic future, we need to re-imagine how democracy works, invest in processes that produce better outcomes for people, and—above all—demand better political leaders. Mexican politician Gabriela Cuevas put it succinctly in a recent Tällberg “New Thinking for a New World” podcast: “Democracy needs democrats.”4