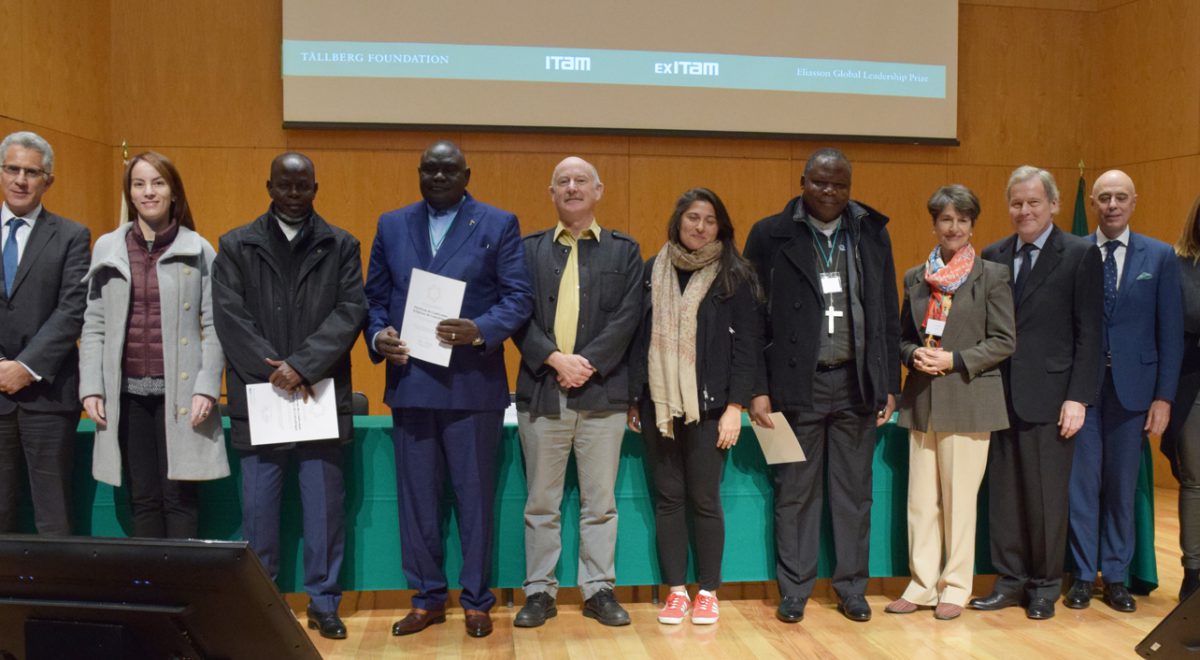 In Mexico City on November 14, the 2018 Eliasson Global Leadership Prize winners talked about their work and leadership. Initially the winners would seem to have little in common, a filmmaker, a neuroscientist and three clerics, but at the end of the day, what they do is very similar. They are all great leaders who are working to change the world for the better.

“Conventional wisdom is that great leadership is in short supply today,” said Tällberg Foundation chairman Alan Stoga, introducing the 2018 Eliasson Global Leadership Award winners to the audience at ITAM, in Mexico City, on November 15. “Too many countries, companies, and institutions are badly served by leaders who lack the vision, imagination, and moral compass that our times demand. But I think we spend too much time talking about the bad, and ignore the good, even great, leaders who are working to change the world for the better.”

The day-long seminar, a partnership between the Tällberg Foundation and ITAM, provided a firm corrective. First the Oscar-winning Pakistani filmmaker Sharmeen Obaid-Chinoy and the pioneering neuroscientist Rafael Yuste took the stage. On initial glance they made an unlikely pair. But, as Yuste noted, while he and Obaid-Chinoy would seem to have little in common, “What we do is, at the end of the day, very similar.”

Urging government support of both fields, Yuste referred to scientists and artists as the “scouts” of society: “We imagine things, expand the mental world.” He and Obaid-Chinoy talked about the call to be risk-takers, and the opposition they’ve each faced. For the filmmaker, whose documentaries challenge entrenched injustice, the threats are often to her safety. For the scientist, it has been intellectual abuse; the reaction of colleagues to his brain-mapping initiative was “No, it’s impossible—you’re silly.”

For both, the solution lay in persistence—and a moral imperative to help other people. Yuste thanked his Spanish heritage (and his mother, “who thinks whatever I do is perfect”) for the fact that he is “obstinate to the point of foolishness.” Obaid-Chinoy shared her mantra: “If a door has not opened for you, it’s because you haven’t kicked it hard enough.”

They were followed by an equally inspiring session with the three clerics of the Interfaith Peace Platform of the Central African Republic. After Imam Omar Kobine Layama laid out the problem their nation faced—a war over resources that had coopted religion as a weapon—the Rev. Nicolas Guérékoyame-Gbangou explained their leadership strategy. He and his colleagues built trust by travelling together through the countryside, speaking and listening. In towns and villages, interfaith meetings helped bring forth shared truths, as well as shared suffering. People from one religion don’t usually hear from the clerics of another faith, but as Archbishop Dieudonné Nzapalainga pointed out, “All are our children.”

The five leaders seemed keenly aware that a new generation was listening. Imam Omar described the Interfaith Peace Platform’s program for training young people to continue their work, while Obaid-Chinoy and Yuste challenged the ITAM students to dream big. Obaid-Chinoy reminded them of the luck that determines who is given a chance to learn and grow, and who is not. “You are here in one of the premier institutions in Latin America,” Yuste pointed out. “So you have a responsibility bigger than the average person to carry society forward on your shoulders.”

Playlist with all panel conversations from the ITAM 5th Social Commitment Seminar.