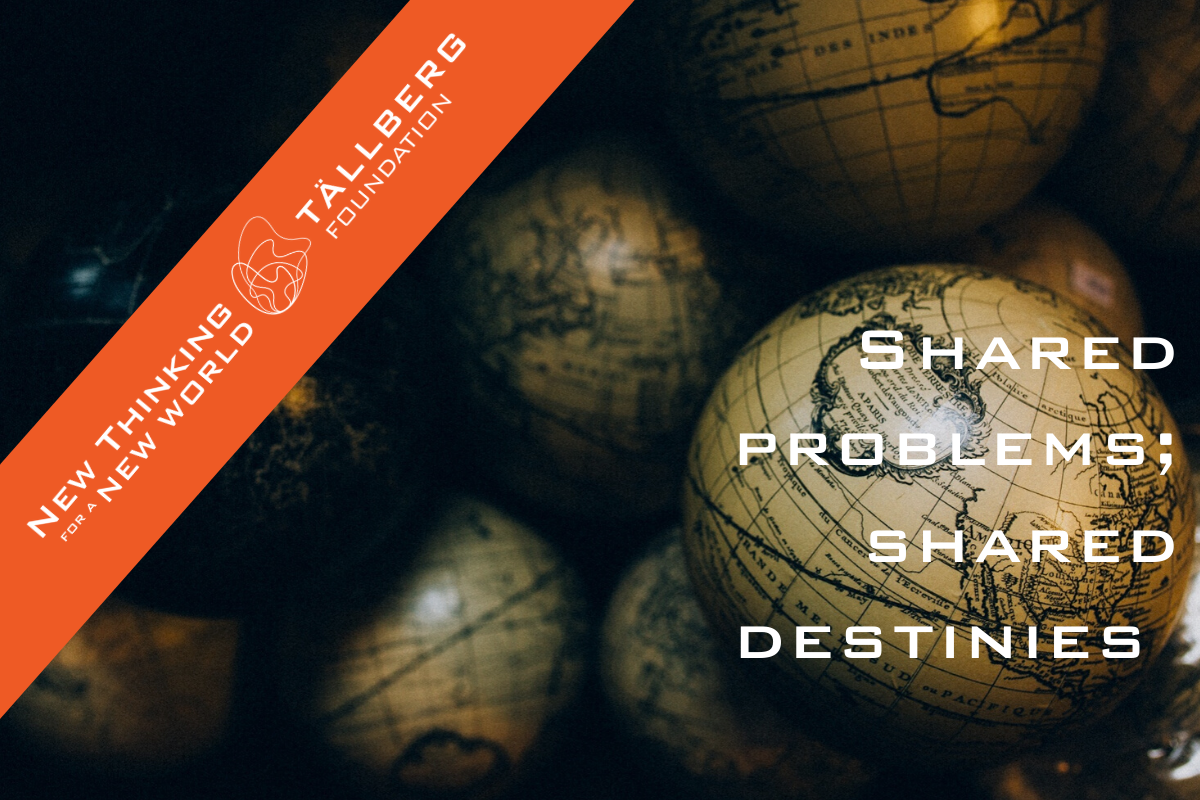 A Moroccan leader plans for the future

The global pandemic and global recession have led many leaders and countries to turn inward. But Ahmed Reda Chami, President of the Economic, Social and Environmental Council of Morocco, understands that giving up on global solutions is both shortsighted and doomed to fail. As he said in a recent New Thinking for a New World podcast, “We are sharing absolutely the same destiny … When you have a global crisis, there are no winners and losers.”

At the top of his list for Morocco: “Education, education, and education.” This will be particularly key, he believes, because the nature of business today has become so global. “If you want to participate in the world economy, you have to be better educated,” Chami says. In a digital age, people need access to technology—for education, telemedicine, and jobs— and it’s the role of government to create the framework to make that happen. Government needs to guide incumbent companies to work openly and cooperatively for the sake of the greater public good. “If you want to have these fiber optics everywhere, then [the telephone companies] need to start sharing infrastructure to lower the cost,” according to Chami.

He also believes that Morocco could benefit from de-globalization. As manufacturing moves out of Asia, Morocco’s proximity to Europe is likely to make his country attractive as a relocation site. Moreover, African demand will rise because of young populations. “I don’t believe this leapfrog theory that … you were an agriculture-based economy, then now go to services,” Chami says. “People consume goods,” which can be produced locally. This is already happening: Recently, Morocco’s automotive exports exceeded exports of phosphates, long the country’s largest export product.

At the regional level, Chami hopes that the crisis could lead to a solution to long simmering tensions between Morocco and Algeria. He estimates that 2% GDP growth is lost annually “because we’re not talking to each other, because we are not doing things together.” That loss is more costly in a low- or no-growth environment that could lead both sides towards reconciliation.

But even more than those specific examples, he believes that a concerted effort to improve governance would pay dividends, both in Morocco and throughout the continent. Improving African governance would improve nations’ international standing—and, therefore, their possibilities. “Then the rest of the world will believe that we are a trusted partner and that they can invest in Africa,” Chami says, “and also they can help us.”

And Africa needs help. For years, Chami has been seeking support for a Marshall Plan for Africa. Such an initiative is even more relevant today than it has been in the past, he believes, and not just for the nations that are struggling the most. “We are trying to make the case that this is a worldwide problem,” Chami says of Morocco’s talks with the IMF, the World Bank, and the European Union. “They are talking about the least advanced countries. I believe that it should be extended to even countries like Morocco.”

Such a plan would include both financial aid and direct investments across Africa. Chami understands that large-scale support is unlikely before the United States and Europe heal their own economic wounds. That requires self-help—“We’re not going to stay put and wait for them to come to us”—but he hopes the wait for help is not futile. “They understand that they need to also create wealth in surrounding countries,” he says. “So, my perception is that once this first phase is done, once they re-launch the economies, then they might look at the second item on the agenda, which is how they can also help [Africa].”

“Leadership has to come from the people”

That could also lead to greater cooperation between the European Union and African nations to combat climate change. “We are [already] a good partner on security issues, but tomorrow we’ll be one of the best partners on energy suppliers,” Chami says. He explains: “We have one of the best spots in the world for solar energy, for wind energy, and we can use the solar energy and wind energy to produce electricity that Europe might need.”

That optimism is rooted in an unfortunate reality: African nations will be disproportionately damaged by the accelerating consequences of climate change. “We will have huge migration. We’re talking about tens of millions of people that will be forced to leave the areas where they are living, because it’s going to be too hot for them,” Chami says. “They will die if they stay there.” He points to cities in Senegal—a nation that has done little to create climate change—where water levels have risen so much that growing adequate food has already become difficult. What are they to do, but leave, he asks? And where will they go? First to other parts of Africa, and then to Europe.

That is why national strategies need regional and global elements, Chami believes.
But they also need leadership, he says: “Leadership has to come from the people.” He points out that too often today citizens do not trust those in government, while at the same time they too rarely vote in elections. This leads to a damaging exodus of intelligence from government. When Chami hears people express doubt about their leaders, he tells them, “Well, please come and join us … because it’s too easy to criticize.”

If people participate more in their governments, he believes they would quickly see the benefits. “If you have processes and approaches that listen to citizens in the conception … of public policies, then you might get much smarter [policies],” Chami says, “because you are using collective intelligence, smartness to bring those policies to your countries and to the world.”

All of this points to Minister Chami’s conclusion: even facing a global crisis, what matters first is what Moroccans do for themselves.

Ahmed Reda Chami was speaking as part of the Tällberg Foundation’s New Thinking for a New World podcast series.

Listen to the episode here or find us on a podcast platform of your choice,(Itunes, Spotify, Acast, Stitcher, Libsyn, etc).