Is It Possible to Be Optimistic About Climate Change? 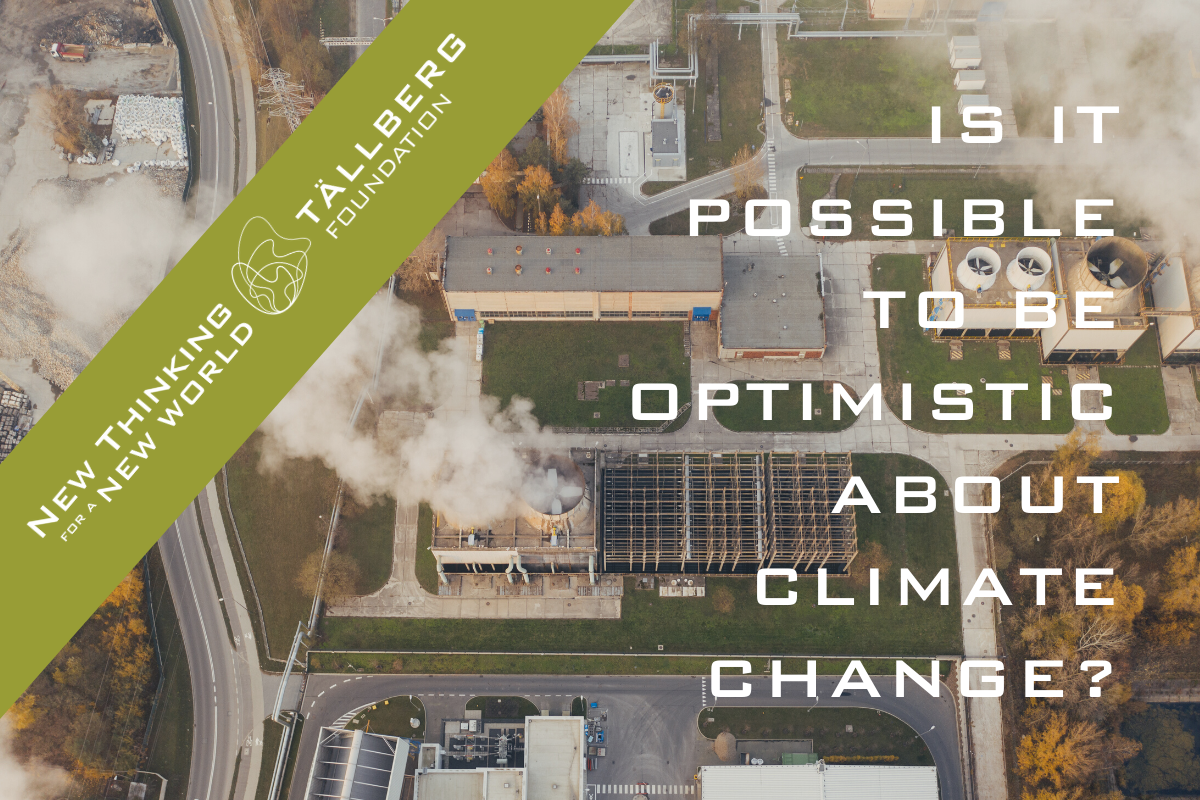 Two leaders, one a diplomat the other a businessman, agree: No, it’s not “possible”—it’s necessary.

Tomas Anker Christensen, Denmark’s Climate Ambassador, and Daniel Martínez-Valle, Chief Executive Officer of Orbia, a Mexican-based multinational operating in more than 40 countries, recently discussed the lessons of the pandemic and why they are fundamentally optimistic that catastrophic climate change can be avoided.

“We’ve learned during this pandemic … that many of the things that are critical in terms of climate change action have to do with incentives, have to do with habits, have to do with regulation,” Martínez-Valle says. The pandemic has dramatically shifted people’s behavior—how they move about the world, what they buy, what personal sacrifices they will make. And through those behavior changes, Christensen believes, the pandemic has revealed that there is an untapped will that can be utilized to mitigate further climate change. “The crisis has shown people and businesses and investors that governments, if the challenge is big enough, are actually ready to act at a scale that we didn’t imagine just a few weeks ago, and that that type of action that is needed also to tackle climate challenge is actually doable if the political will is there,” he says.

The key, though, Christensen notes, is to translate the longer-arc needs that climate change presents into short-term benefits—like job creation and living standards improvements—and to do so with the same immediacy and urgency that have characterized the powerful responses to the pandemic. “That’s what politicians in the end, in the short-term electoral cycle, are looking for,” Christensen says. But Martínez-Valle urges that the government also needs to develop the ability to think in the longer term, as businesses do: “If we don’t recognize that we have an issue, and that we’re already late to the party, then we’re not going to move in the right direction.”

This perspective will be crucial when governments design the policies that they will use to help rebuild their economies. Christensen points out that governments are going to invest trillions of dollars to prevent any recession from becoming a depression and could use a lot of that to support the construction of green economies. “If you look historically at the financial crisis and other crises we’ve had in the last century since World War 1 … every time we’ve had a crisis, we’ve had a bounce-back that was blacker and had more CO2 emissions than the previous one, including the financial crisis ten years ago,” Christensen says. Doing so again would guarantee that countries fail to achieve the commitments they made under the Paris Climate Agreement.  But that’s not inevitable: He points to Europe, where “the recovery and the investment, and the more climate friendly approach are not seen as contradiction; they are seen as on the same pathway.”

Christensen sees an iterative process emerging, in which governments enact what the public and businesses have already begun to adopt. “I actually am convinced that the real economy—the market—is where solutions will be found, and that in some ways, the global negotiations always play catch-up to the real economy,” he says. “The countries around the world are able to codify at the negotiation table what the real economy in the market has already shown, because most countries are not ready to go any further … than where they believe their businesses and their investors are already headed.”

Still, Christensen states, deep change also requires buy-in from businesses. “It’s both about getting the regulatory framework right, but then also about companies living up to the responsibility invested in them,” he says. Incentives aren’t just for consumers; they are demonstrated by whether market mechanisms are adopted and affect corporate behavior, too, Christensen says.

Christensen sees other market forces at play as well. “Within the next five years, energy generated from renewables will be cheaper by the kilowatt hour than any other energy source,” he says, arguing that the energy transformation needed to keep fossil fuels in the ground will be driven by the market. If those forces pair with the nationalist impulses the pandemic has revealed, as nations feel a greater need to be self-sufficient, then there could be benefits in the fight against climate change. “In some strange way, the nationalism of the crisis … will further push the green transition in many countries, simply because it’s more affordable and the security of supply is safer,” Christensen says.

This is where reality meets optimism. “I think we have to recognize that we have failed in terms of climate action, or we are failing if you look at the mathematical models,” Martínez-Valle says. “And I think if we’ve learned something out of this terrible situation that we’re living during this pandemic, it is that we just cannot fail.” And as is the case with the Covid-19 crisis, the failures—and the improvements—happening in the climate crisis are occurring right now. “Life is about daily choices … [If] you are a consumer, you can actually make the right choice in terms of what kind of transportation you will use, what kind of products you will consume; if you’re a business person, what kind of investments you will make, thinking about your operations, thinking about your value chain, thinking about your assets, thinking about your supply chains,” Martínez-Valle says. “We need to catch up in our daily choices.”

Christensen shares this optimism. “I can’t get up every morning and do what I try to do if I’m a pessimist,” he says. “That won’t motivate me, and that won’t motivate the teams I’m working with. So you need to show leadership and to, every day, go on to take on the challenge and find new ways to move the world a tiny bit forward, even though there are many setbacks.”

Ambassador Christensen and Daniel Martínez-Valle were speaking as part of the Tällberg Foundation’s New Thinking for a New World podcast series. Hear their whole conversation here or find us on a podcast platform of your choice (Itunes, Spotify, Acast, Stitcher, Libsyn).