“One of the worst things you can give to the human brain is chronic uncertainty. And the name of the game since March 2020, is uncertainty.”  — Mike Niconchuk

“With the virus, we see a breaking of social bonds and those have not been reestablished. But I think basic trust has to be the starting place for any kind of healing that takes place.”  — Dr. Jonathan DePierro

Most conversations about the pandemic focus on health and economics. But there is also a huge, global mental health crisis hiding in plain sight—one that could be as deadly and as costly and perhaps even longer lasting. The highly infectious and easily transmitted nature of COVID generates fear and uncertainty; job loss and recession further ratchet up the stress. Add masks, lockdowns, social distancing and, now, the global scramble for vaccinations to that toxic mix—and the consequences are already disastrous with worse probably to come.

“We’re seeing depression, anxiety, panic, people turning to alcohol to help them cope and people even thinking that they’d be better off dead or having thoughts of suicide,” says Dr. Jonathan DePierro, a clinical psychologist at Mt. Sinai Hospital in New York.  “And this is particularly concerning among young people, among the elderly and among essential workers, including healthcare workers.”

But it’s even worse in countries without first world resources. Mike Niconchuk, a neuroscience researcher at Beyond Conflict who has spent part of the pandemic year working in a refugee camp in Jordan, sees “a growing social and economic divide that is further pushing people down into these cycles of what is, frankly, despair.” He says that anxiety, depression, and post-traumatic stress disorder combine with loss of relationships and individual mental health changes, “to create a dangerous cycle that is going to be hard to get out of for years.”

DePierro and Niconchuk discussed the mental health crisis caused by the pandemic in a recent New Thinking for a New World episode. They are both deeply involved in the day-to-day realities of what the pandemic is doing to people and to communities in different parts of the world—and they are both deeply worried about the rising impact on mental health as the pandemic grinds on. DePierro painted a picture of “despair and exhaustion…the wearing thin of resources” and “the ongoing nature of the stress…not having the resources to cope and feeling like the bottom’s falling out of their lives.”

The pandemic is global; so, too is the mental health crisis. And if the “we’re all in it together” slogan rings somewhat empty when the incidence of COVID fatalities is examined, it might actually be more accurate when it comes to the psychological effects of the pandemic.

Niconchuk argues that the sudden risk of death from an invisible killer is far more consequential to those who are well off. “Privileged communities that have been sheltered from injustice and unjust death their entire lives are facing a much bigger reckoning from a mental health perspective than poor communities…The privileged world has a very interesting relationship with death, compared to the global poor. I’ve noticed here in Jordan, that there’s a different and arguably healthier relationship with death, that there’s not this negotiation that ‘I’m going to be protected from all things’ because chances are someone in my recent past or immediate family has been killed in an airstrike or by a bomb…”

DePierro points out that psychoanalysts call the condition “death anxiety” which reflects “an increasing awareness of mortality and of death and in places where that has not been part of the conversation.” That anxiety, he says, “makes you feel really disquieted; it makes you cling to your political beliefs even stronger; it makes you cling to the folks that look like you and talk like you; it makes you less flexible in your thinking.” All that behavior leads to adverse political and social consequences, and yet more stress.

Niconchuk argues that we need to think differently about death: “We have to take a serious look at how we, as the privileged in the world, interact with and think about death…This is about grief and loss. We’re going to have to go through a serious process of renegotiating our relationship with those things and being more and more comfortable with emotions that so much of the world lives with day in and day out.”

That is easier said than done, and is only part of the psychological support that many people urgently need. Both Niconchuk and DePierro think that intervention on the scale demanded by the pandemic cannot wait for governments to expand clinics or for universities to train more providers—especially in a world that consistently underinvests in mental health care.

They both want more flexible and more grounded responses. DePierro describes new initiatives being developed at Mt. Sinai by way of example:

Niconchuk insists that there will never be enough formally trained clinicians to cope with a crisis that is growing exponentially. His perhaps-not-so-radical (but unlikely to be welcomed by some professionals) idea is to empower ordinary people to help others.  He cites work by Dr. Vikram Patel who wrote “Where There Is No Psychiatrist” in an effort to give people tools to cope with mental health issues—DePierro’s “psychological first aid”—in their friends, families and communities. However, he says, “We haven’t really cracked the nut of how to deliver this type of knowledge to individuals who can then deliver it safely and effectively to preserve more lives than we lose… to depression, to suicide, to increases in anxiety and despair.”

Is there reason for hope? Advice to get us through a storm that seems likely to worsen before it abates?

DePierro’s response is immediate: “Rather than thinking about what’s going to happen a year from now or even a month from now…think about what you can do today to make your moment better…At the individual level, that might mean doing something that brings you joy that day… For a leader, what can you do to make the people you’re responsible for and to, make their lives a little bit better that day? Taking those small steps across the power spectrum of communities and at scale, would go a long way.”

Niconchuk is more philosophical: “José Martí wrote a poem where he says that everything, before becoming a diamond, is just coal. And the process of coal undergoing tremendous pressure is incredibly horrible…We do not know what is going to come out of this… I’m pessimistic about the next two to three to five years, not about the next 10.”

Meanwhile, we really are all in this together.

Jonathan DePierro and Mike Niconchuk recently spoke with Alan Stoga as part of the Tällberg Foundation’s “New Thinking for a New World” podcast series. Hear their whole conversation here or find us on a podcast platform of your choice  (Apple Podcast, Spotify, Acast, Stitcher, Libsyn, etc). 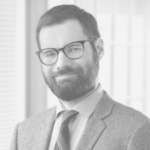 Jonathan DePierro, PhD is an Assistant Professor of Psychiatry at the Icahn School of Medicine at Mount Sinai. He is Clinical and Research Director of Mount Sinai’s new Center for Stress, Resilience and Personal Growth. At this Center, he oversees employee-facing resilience training and education, clinical assessment and intervention, and research. Dr. DePierro has a PhD in Clinical Psychology from the New School for Social Research and completed a postdoctoral fellowship at the NYU School of Medicine WTC Health Program. His clinical expertise is in the treatment of trauma-related conditions. Dr. DePierro’s has published on mental health stigma and barriers to care, cognitive mechanisms undergirding resilience and PTSD, and disaster response. 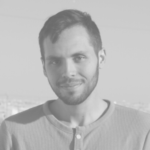 Michael Niconchuk is a neuroscience researcher based at Beyond Conflict in Boston. Mike is the editor of The Field Guide for Barefoot Psychologists, a translational neuroscience and self-care book for young migrants and refugees in the MENA region, and he conducts research on stress, violence, and intergroup dynamics from a neurobiological perspective. Prior to Beyond Conflict, Mike spent 7 years working with post-conflict and displaced communities in Latin America and the Middle East, and has worked extensively with young people at risk of violence and conflict with the law. For three years, Mike worked as Emergency Response Coordinator in Za’atri Refugee Camp in Jordan, leading various projects for violence reduction, youth leadership, and alternative education. Mike has also worked with Syrian refugees in Germany and Canada, conducting research on the links between forced displacement, trauma, social cognition, decision-making, and social behavior.