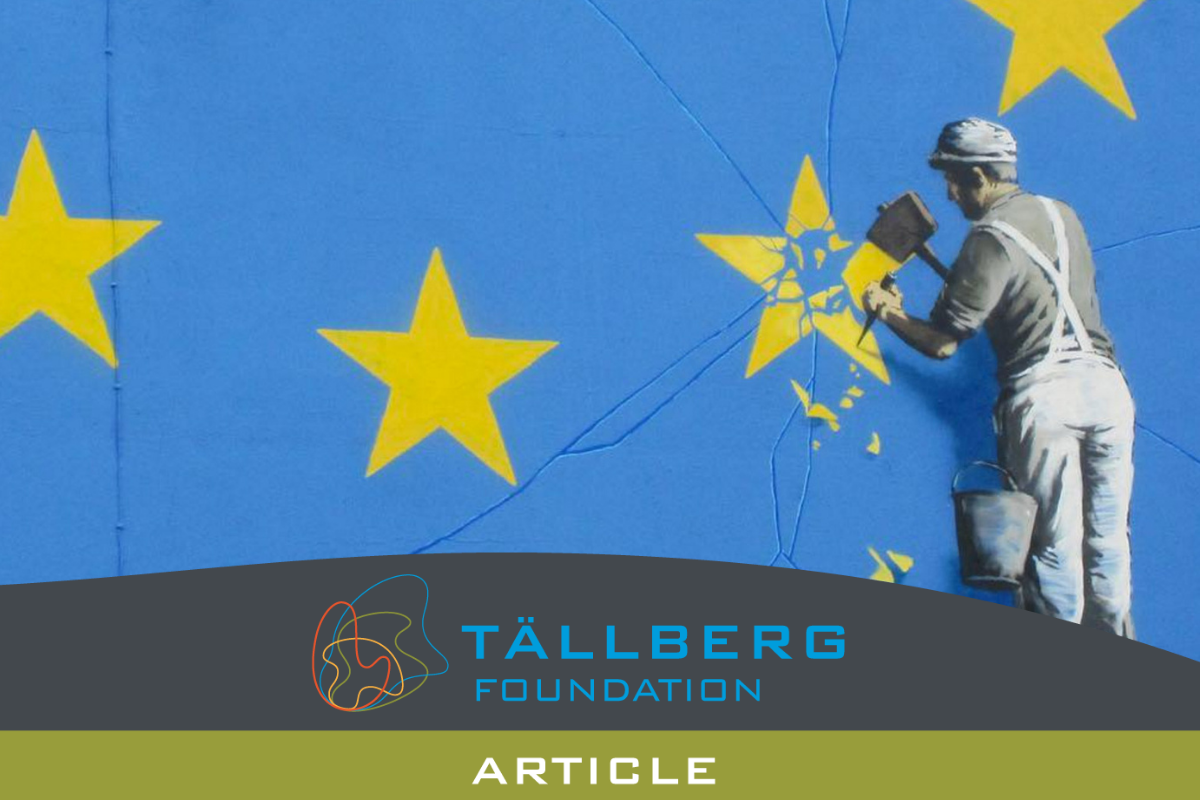 “By tradition, by history, by culture, by philosophy, the model of the way of life in Europe is better for people, better for nature.”

“It’s a question of whether we have the three ingredients of global influence: namely weight, ambition and know-how.

At a time of Brexit, political uncertainties in many continental capitals, and European Union struggles over budgets and governance, at least one European leader has a clear vision of what Europe can be. Pascal Lamy, in a recent New Thinking for a New World conversation shows little doubt that Europe does it better: he believes that Europe’s “civilized globalization” is far superior to the American or Chinese versions. Only Europe, he insists, can produce a “world where there is less violence, less damage, less stress on both humans and nature.” Europe, he says, can produce a world where people are “less alienated either by poverty or by political power or by injustice…[one that is] more sustainable and that would be decarbonized in 2060.”

Lamy, former head of the World Trade Organization and top official of various French governments, believes all that is possible; it’s obviously desirable. The world he wants will be driven by democracy, markets, and incentives, but he is deeply skeptical that neither the United States nor China know how to get there:

The global diplomat in him is careful to add: “we will not be equidistant” even while insisting that Europe needs to move away from the close alliance with the United States of the post-war period. The buzz words of the moment are “strategic autonomy” which for Lamy means developing his brand of civilized (or, in an early formulation, “harnessed”) globalization as rapidly as possible.

He argues there is widespread support in Europe for this because “the rest of the world is bringing us more bad than good.” Specifically, he argues that across Europe support for faster and deeper integration has increased in recent years because of “one, Brexit; two, Mr. Trump; three, Mr. Putin; four, Mr. Erdoğan; and five, Mr. Xi Jinping.” Those forces, according to Lamy, are persuading Europeans to become more European “not so much to civilize the planet, but to avoid being decivilized.”

The transformation which Lamy envisions—in economic terms, digitalization and decarbonization—is urgent and will be difficult.  But he believes the European road map is correct.

He is less sure that Europe has the weight, ambition and know-how to move fast and consistently in the right direction. “Weightwise, we have a problem with Brexit. The UK is 15% of the European economy, but in terms of the weight of the European Union, it’s probably like 25 or 30%… And that’s a big question mark, how can we compensate this weight?” Ambition? “We have to increase our strategic autonomy in order to be able to protect Europe from crises, which to be frank, mostly come from the outside. So the ambition is there.” Finally, does Europe have the know-how or capacity to execute Lamy’s preferred strategy? “The capacity, the know-how is coming slowly.” But for that, Europe needs a stronger economy which “has been lagging behind the rest of the world for the last 10 or 15 years for lack of innovation.”

And, of course, there are internal tensions after Brexit. Europeans might have been frightened into favoring more integration, but various countries continue to disagree on important issues: there is a north-south divide over economics and an east-west divide over politics. With respect to the former, Lamy worries that the absence of the United Kingdom will increase the weight of southern Europe; with respect to the latter, Lamy believes the process “will unfold properly because these countries belong geographically, historically, culturally to the European civilization.” But he readily admits there is a profound difference between economic integration and political integration; that it is easier to produce a “happy consumer or happy worker” than a “happy citizen.”

Accomplishing Lamy’s vision requires political support and visionary leadership. He believes the critical support level has been reached: more than 60% of Europeans, he says, favor the strategic program he outlines, a significant increase since the 2008 Great Recession. And he is confident that political support for more Europe will continue to rise as the rest of the globe continues to threaten European prosperity.

Leadership is more complicated, because the Europe that is evolving is not a nation but more a confederation which needs collective, not individual leadership. The problem is that “collective leadership is something which is difficult to communicate because people want or like to identify with one person.” But to elect a single person would probably mean to elect a German, if only because of the size of Germany’s population, and that would be problematic, Lamy says. Rather, he wants “leaders who have a European vision and commitment and who collectively can drive in the right direction.” He says he has in mind something “more like the Austrian Hungary system or the Swiss system” which did not rely on individual decision makers.

Lamy’s latest book, Strange New World: Geoeconomics vs Geopolitics, opens with a quote from Antonio Gramsci: “The crisis consists precisely in the fact that the old is dying and the new cannot yet be born.”  Lamy is confident that the “new” will be Europe. Why? Because—he insists—it’s better.

Pascal Lamy recently spoke with Alan Stoga as part of the Tällberg Foundation’s “New Thinking for a New World” podcast series. Hear their whole conversation here or find us on a podcast platform of your choice  (iTunes, Spotify, Acast, Stitcher, Libsyn, etc). 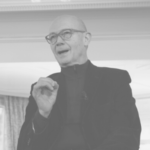 Mr. Lamy holds degrees from the Paris based Ecole des Hautes Études Commerciales (HEC), from the Institut d’Etudes Politiques (IEP) and from the Ecole Nationale d’Administration (ENA). He began his career in the French civil service at the Inspection Générale des finances and at the Treasury. He then became an advisor to the Finance Minister Jacques Delors, and subsequently to Prime Minister Pierre Mauroy.

In Brussels from 1985 to 1994, Pascal Lamy was Chief of staff for the President of the European Commission, Jacques Delors, and his representative as Sherpa in the G7. In November 1994, he joined the team in charge of rescuing Credit Lyonnais, and later became CEO of the bank until its privatisation in 1999. Between 1999 and 2004, Pascal Lamy was Commissioner for Trade at the European Commission under Romano Prodi.