The world as seen from Washington or Paris or Berlin looks starkly different than the one seen from Moscow or Beijing or Teheran or Caracas.  The democracies and their leaders seem tentative, unsure of their voters, worried about their ability to deliver security or prosperity, often at odds with each other.  The autocracies seem emboldened: they are pushing aggressively on borders—in Ukraine, in Taiwan and elsewhere—with almost old-school imperial tactics; they deny their people basic rights with impunity; they loudly insist that their rules, not democracies’ should define international behaviors.

Anne Applebaum is deeply worried.  In a recent New Thinking for a New World podcast, the historian and journalist argues that the democracies exhibit “a lack of coherence, a lack of a sense of who we are and what our values are.”  She fears “the removal of the idea of democracy as something central to what America is…a process that started a decade ago, and accelerated madly during the Trump administration. I think this has been extremely damaging both for the United States and for America’s partners.”

In contrast, the dictators are “united by their dislike of…and their desire to repress democracies and democratic activists in their own countries…They are willing to cooperate with one another—even though in theory, they have very little in common ideologically—to make sure that democratic movements and groups don’t succeed anywhere.”  That’s because, she believes, democracy is “contagious;” attacking activists and institutions in Hong Kong or Kyiv or Teheran—or, for that matter, in Washington or London—will prevent activists in Moscow or Shanghai from attempting to breathe free air.  The dictators fear “the language of democracy, the language of rights, the language of the rule of law, the language of free speech or free association” because “they feel these things to be personal threats to them or to their regimes.”

She really does see this as personal, in the sense that it’s all about the dictators themselves.  Speaking of Russian President Vladimir Putin, Applebaum says, “Putin is who he is because he continues to test the West and to push against limits…I believe he thinks it has to do with the safety of his regime to continue being belligerent and to continue undermining the West and exposing the West as weak, because that helps him stay in power at home.”  Even though, as she points out, the Russian economy is a mess; Russians have suffered more than many from the pandemic; and stories abound about Putin’s growing domestic unpopularity.  Indeed, those problems encourage him to act out: “One of the ways in which he can make himself look good, both to his population and also to the security guards and security apparatus rather around him, is to seem like a big man on the international stage.”

That’s the rub.  If posturing, even threatening war—as over Ukraine—is important to Putin’s survival, then it is essential that the United States and, more generally, the West understand the threat and push back. But “Putin sees a weakness; he sees that the West doesn’t want to fight.”  She’s not advocating war, but deterrence: “We’ve forgotten that the point of the Western alliance and the point of being an ally of the United States and of the NATO powers is to be safe and to deter the Russians.”

“Transnational repression” exemplifies the West’s passivity.  “Think of the Russians murdering or attempting to murder people in Salisbury, England, or in Berlin. Think of the Chinese kidnapping their citizens in various parts of the world, of threatening their citizens or ex-citizens in Chinese communities around the world. Think of the Iranians trying to kidnap an Iranian journalist who lived in Brooklyn.”  Applebaum insists that, “It’s now a permanent feature of international life, and we don’t really know how to respond to it…Unless we’re willing to act as a whole, as a trans-Atlantic Alliance or as an alliance of democracies, it’s very hard to see how we can stop these things from happening.”

Obviously, the struggle between democrats and autocrats will continue for years.  The suborning of democracy in Hong Kong and Venezuela, tensions over Ukraine and Taiwan, the “weaponization of desperation” as Belarus pushes Middle Eastern migrants into Poland and Lithuania, and Russian meddling in Western elections are examples of the tactics that dictators are likely to continue to use.

What about the democracies?  Are the disunited democracies stuck with a losing hand, one which cannot contain or undermine the global alliance of dictators?  Is the global balance of power inevitably shifting towards the autocrats?  Can the democracies move from defense to offense?

Or, as Applebaum asks, “What are the positive alternatives we can create?”  And then she offers some possibilities:

Maybe it’s Anne Applebaum the historian rather than the journalist who offers the answer: “These democracy movements that the Russians and the Chinese and the Belarusians and the Myanmar junta and the Venezuelans are so afraid of. These are in a way, the greatest testament to the ongoing power of those ideas…of democracy and the rule of law and the ideas of freedom and justice.”

Nonetheless, at least for now “The Bad Guys are Winning.”

Anne Applebaum recently spoke with Alan Stoga as part of the Tällberg Foundation’s “New Thinking for a New World” podcast series. Listen to the episodes here or find us on a podcast platform of your choice (Apple podcast, Spotify, Acast, Stitcher, Google podcast, Youtube, etc). 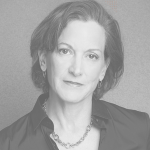 Anne Applebaum is a journalist, a prize-winning historian, a staff writer for The Atlantic and a senior fellow at the SNF Agora Institute at Johns Hopkins University, where she co-leads a project on 21st century disinformation and co-teaches a course on democracy. Her books include Red Famine: Stalin’s War on Ukraine; Iron Curtain: The Crushing of Eastern Europe 1944-1956; and Gulag: A History, which won the 2004 Pulitzer Prize for non-fiction. Her most recent book is the New York Times bestseller, Twilight of Democracy, an essay on democracy and authoritarianism. She was a Washington Post columnist for fifteen years and a member of the editorial board; she has also been the deputy editor of the Spectator and a columnist for several British newspapers. Her writing has appeared in the New York Review of Books, The New Republic, the Wall Street Journal, Foreign Affairs and Foreign Policy, among many other publications