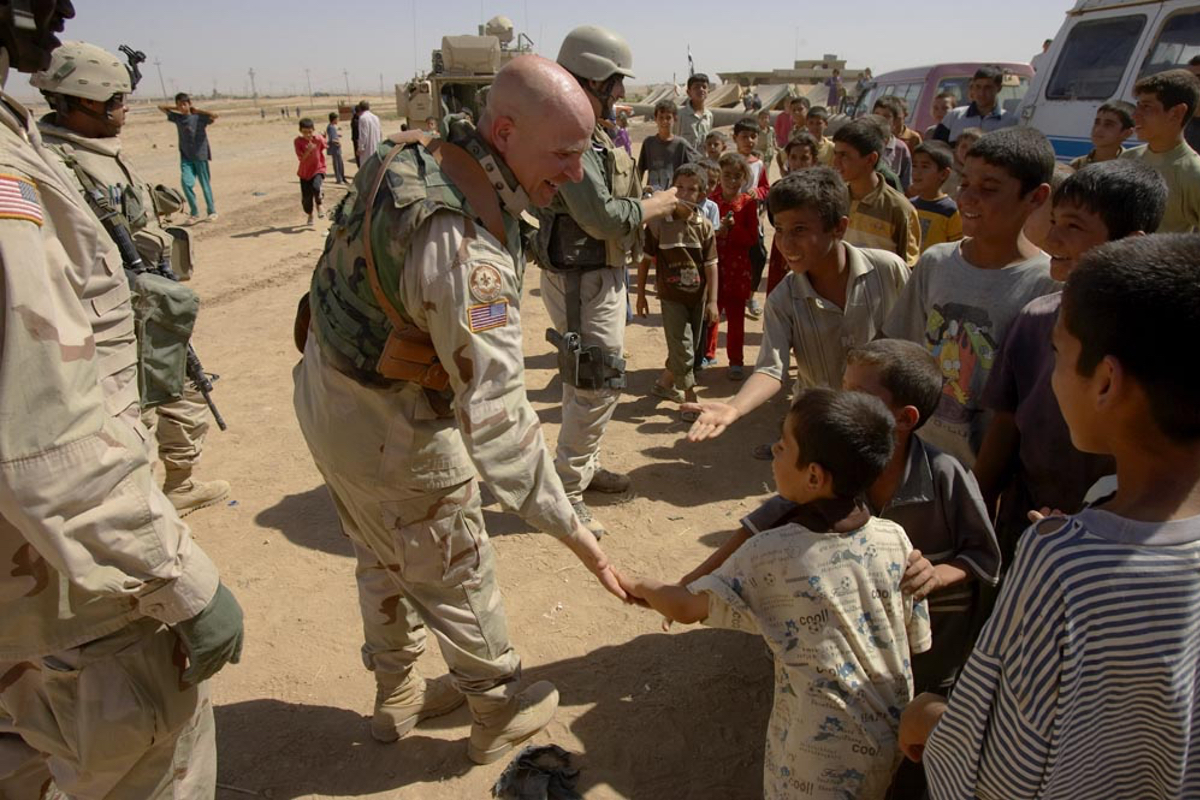 Photo: General H. R. McMaster during his service in Operation Iraqi Freedom in 2006

Coping with a Dangerous World

“I think that this is a period of increasing danger.”

“You can draw a direct line from the unenforced red line in Syria in 2014, to the annexation of Crimea, the invasion of Ukraine and the Chinese land grab in the South China Sea.”

“We always ask, ‘should we have invaded Iraq?’ I think we ought to ask who the heck thought it would be easy?”

The 21st century has not started well for the United States: two big recessions, rising inequality, mishandled pandemic, racial and social strife, deeply conflicted politics, receding global reputation and power. All of that has global consequences in a world that is predicated—for better or worse—on U.S. leadership. Are there any reasons to expect those trends to change?

General H.R. McMaster—decorated U.S. Army officer, former National Security Adviser and historian—believes the answer is a qualified, “Yes.”  But, he insisted in a recent New Thinking for a New World podcast with host Alan Stoga, only if the country thoughtfully and unemotionally looked inward and conducted “a real effort to assess the sources of weakness, weakness in our society, in our social fabric…in our institutions.”

“We really kind of lost our competitive edge over the years, especially in the post-cold war period, based on flawed assumptions about the nature of the world,” he continued.  Getting back on track is one of the fundamental challenges facing the United States—and, by extension, what he described as “like-minded countries”—and one he explored in his recently published book, Battlegrounds.

McMaster’s world is one of mortal, immediate danger. He described threats from “a China that is exporting its authoritarian model, a Russia that’s trying to drag us down, jihadist terrorists who use mass murder of innocence or principle as a tactic in a war against all civilized people” as well as a rapidly warming planet, cyber warfare, nuclear proliferation and other evolving risks.

Unfortunately, too many Americans—leaders as well as ordinary citizens—want to look past those challenges, partly because they are caught up in the deeply divisive partisanship of today and partly because of simple wishful thinking. He argued, “It’s our tendency as Americans, toward optimism bias. And okay, that’s understandable. But it’s also reinforced by our tendency to define the world only in relation to us and then to assume that what we do will be decisive to a particular outcome.”

Moreover, the end of the Cold War and the quick victory over Saddam Hussein produced a kind of American triumphalism, a perception—or hope—that “ideological competition was over and what would replace Great Power rivalry…would be some form of global governance and that a condominium of nations would work together on our greatest problems.” The perverse result, from McMaster’s perspective, was that “as a result, we vacated arenas of competition that are really critical to our future.”

For McMaster the defining competition of the early 21st century is between China and the United States, the world’s two largest economies and the two countries shaping, de facto, if not de jure, the rules of global order. Why compete? “Competition, I think is the best way to avoid confrontation…our disengagement from competition, under the idea that we could cooperate with the Chinese Communist Party, has emboldened the Party.”

And “emboldened” to McMaster has had real, tangible, bad consequences:

Surveying these developments, McMaster’s conclusion that we live in a dangerous world is not surprising. What might be surprising—and counterintuitive to many—was his next thought, “What would make it more dangerous is for us to adopt, again, the language of cooperation,” since he believes the Chinese would interpret that as American acceptance of their aggressive definition of their new Great Power status.

So, if the alternative is not cooperation, but competition in the hope of avoiding confrontation, are we caught in a zero-sum game that will inevitably end badly?McMaster can imagine an alternative way forward: “Which is to convince the Chinese Communist Party leadership, that they can have enough. They can have enough without extinguishing the rights of their own population and without exporting their authoritarian model at our expense.”

The Chinese leadership certainly would disagree that they are overreaching and have yet achieved their country’s appropriate role in global affairs, or that they are demanding too much for their people. Moreover, as McMaster recognized, Chinese President, “Xi Jinping thinks that he’s come out on top in the wake of the coronavirus. He’s looking at the United States and how divided we are. He’s looking at the vitriolic political discourse…[he] thinks they’re winning.”

By definition, that means Xi thinks the United States is losing. And McMaster admitted that the United States has lost its way when it comes to defining and sustaining long-term, consistent policies, especially in foreign affairs. A big part of the problem is partisanship: “Any administration that comes in defines its foreign policy mainly as an opposition to the previous administration’s foreign policy.”

Overcoming that failure—rebuilding what McMaster called “strategic confidence and strategic competence”—is critical to getting the United States on a better path. Is it possible? If so, how?

McMaster deeply believes the answers lie in the American people. “We can demand better from our elected officials and from our government. We live under rule of law instead of a rule of a tribal system or a system that divides us. We should have confidence in who we are as Americans and in our identity. I think there’s a real opportunity to reinvigorate civics education and a sense of our history, acknowledging all the flaws in our historical record, but taking pride in the radical idea of the revolution that the sovereignty lies with the people.”

The punch line? “We need to restore our pride in our nation.”

HR McMaster recently spoke with Alan Stoga, as part of the Tällberg Foundation’s “New Thinking for a New World” podcast series. Hear their whole conversation HERE,or find us on a podcast platform of your choice (Itunes,  Spotify, Acast, Stitcher, Libsyn). 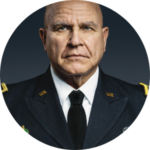 H. R. McMaster is the Fouad and Michelle Ajami Senior Fellow at the Hoover Institution, Stanford University. A native of Philadelphia, McMaster graduated from the United States Military Academy in 1984. He served as an Army officer for thirty-four years and retired as a Lieutenant General in 2018. He remained on active duty while serving as the 26th Assistant to the President for National Security Affairs. McMaster taught history at West Point and holds a PhD in history from the University of North Carolina at Chapel Hill.