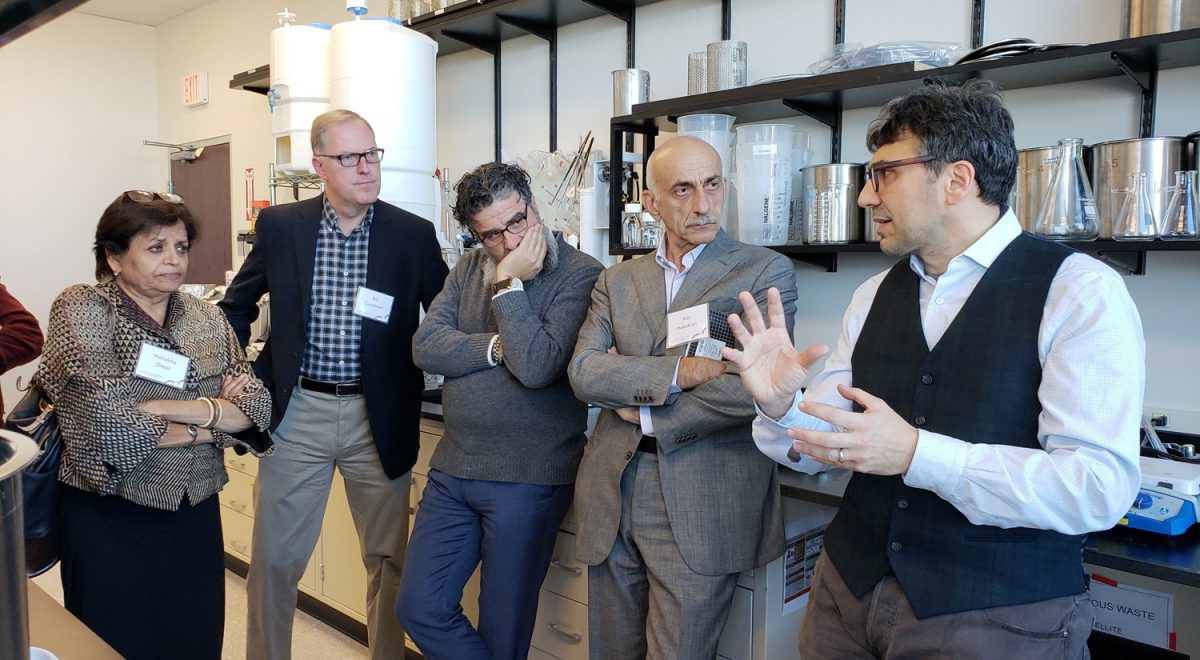 What do magical thinking, salamander tails, free will, the human genome, and the Universal Declaration of Human Rights have in common?

Answer: The Tällberg Foundation’s recent workshop, “Inside Every Utopia is Dystopia,” which was hosted by Fio Omenetto at Silk Lab at Tufts University in Boston, on January 17th.

Prominent scientists—including two recent winners of the foundation’s Eliasson Global Leadership Prize, Omenetto and Rafael Yuste—engaged with engineers, academics, NGO leaders, investors, artists, designers, and more (see the complete list of participants below). In typical Tällberg fashion, they brought a wide range of ideologies, perspectives, and experiences to a discussion of the technological and scientific advances that could have profound consequences in the next decade or two.

The scope of their questions was equally broad:

“A lesson of history is that progress means barbarity,” noted one participant, “and discovery implies destruction of what came before.” Yet the optimists in the room argued that “these are the days of miracle and wonder,” where new tools allow ever deeper and more profound understanding of our world (indeed, of our universe), as well as the capacity to manipulate it.

Discussion of ethics and morality was intertwined with presentations about building brain systems based on human tissue, exploring the software of life, possibilities of human cognitive enhancement, biodegradable geo-engineering applications, and access to bioengineered human organs. For example, the conversation about autonomous systems—ranging from cars to weapons systems—led to the observation that complete autonomy is undesirable and that we should aim for systems that operate in conversation with humans to make key decisions.

“That requires the development of artificial conscience,” said one technologist. As a measure of the kind of conversation that flowed throughout the day and into the evening, no one seemed to think this was an extraordinary or impossible, idea.

The workshop kicked off a two-year series of focused discussions, designed to spark deep exchanges between top scientists and leaders in other fields, which will take place in different cities and with various interlocutors. The next, to be held in New York in the fall, will focus on aspects of applied neuroscience, including predictive analytics and behavioral modification.