What’s Next for the Climate: A Post Glasgow Perspective

No one is better positioned to answer those questions than Denmark’s Climate Ambassador Tomas Anker Christensen. Tomas was deeply engaged in the European and global run-up to Glasgow, in the negotiations in Scotland, and in the effort since then to translate words into action. 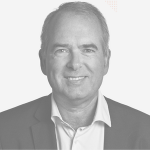 Tomas Anker Christensen is the Climate Ambassador of Denmark at the Ministry of Foreign Affairs and the Ministry of Climate, Energy and Utilities. He has been Under-Secretary for Global Challenges, where he was at the head of the establishment of the 3GF – an international partnership for green growth, partnerships and transition. Subsequently, he was Senior Advisor for Partnerships to UN Secretary-General Ban Ki-moon and head of the climate team with responsibility for preparing and conducting the 2014 UN Climate Summit. Following this, he was Assistant Secretary General at the United Nations and chef de cabinet for two presidents of the General Assembly (Mogens Lykketoft and Peter Thomson, respectively) with particular focus on implementation of the Paris Agreement and the UN Sustainable Development Goals. Thereafter, Tomas Anker Christensen served as special advisor to the UN’s Special Envoy on Climate Action, Michael Bloomberg and to the Special Envoy on the Ocean, Peter Thomson. Ambassador Christensen has also served as Denmark’s ambassador to Iran and to Egypt.

Climate change is the ultimate example of a problem that can only meaningfully be addressed at the global level. Dramatic action in a few countries may be interesting, maybe even important depending on the countries, but actually reducing the concentration of greenhouse gases in the atmosphere requires many countries moving rapidly in the same direction.

Last November, more than 100 countries sent delegations—many including presidents and prime ministers—to Glasgow for the 26th United Nations High Level Meeting on Climate. It was supposed to an inflection point, not only to deepen national commitments, but to force the transformational changes in how energy is produced and consumed in order to hold the rise in global warming to one and a half degrees or less.

The results were mixed. Many new commitments were made, but not enough to meet the 1.5 degrees goal. And that was the easy part; delivering policies that actually bend the arc of global climate change is quite another. How likely is that? Is the UN process working? And, since China was notable for its failure to engage in Glasgow, does any of it really matter if the country responsible for about one-third of global green house gas emissions is effectively sitting on the sidelines?

No one is better positioned to answer those questions than Ambassador Tomas Anker Christensen, Denmark’s climate ambassador. Tomas was deeply engaged in the European and global run up to Glasgow, in the negotiations in Scotland, and in the effort since then to translate words into action. Ambassador Christensen recently served as a juror for the Tällberg-SNF-Eliasson Global Leadership Prize.