The hope of our future

Youth is the hope of our future. When it comes to governance, is that a good thing in a world where there is a growing body of evidence that youth’s satisfaction with democracy is declining in many countries? Listen as Cristóbal Marín Rojas and Julien Richard discuss the challenges of making democracy work. 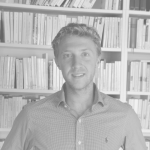 Julien Richard is an master’s student in international security at the Paris School for International Affairs, Sciences Po. Having previously interned with Cambodia’s Development Resource Institute Policy (CDRI) and the European Union’s Fundamental Rights Agency (FRA), Julien has garnered work experience with institutions striving for societal progress. His most recent activity involved working on a research project with Fabienne Hara – International Crisis Group’s former VP for Multilateral Affairs – that focused on ‘redefining diplomacy in the 21st Century’. During his time in Paris, Julien was a member of The Policy Corner, a platform for students and young professionals wishing to publish articles on global issues. He also volunteered with ANAFÉ, a Paris based association who offer legal assistance to migrants held up at France’s borders. During his time there, Julien also co-authored an internal document, challenging the legality of a detention center in Menton, France’s border town with Italy. 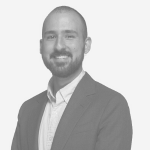 Cristóbal Marín Rojas comes from Bogotá, Colombia. He holds a master’s degree in International Development at Sciences Po Paris and a specialisation degree in Public Policy for equality in Latin America at the Latin American Council of Social Sciences. He has recently worked on a research project entitled “Defining a Progressive Diplomacy for the “21st Century” led by Fabienne Hara.

Filippino national hero Jose Rizal allegedly said that “Youth is the hope of our future.” When it comes to governance, is that a good thing in a world where there is a growing body of evidence that youth’s satisfaction with democracy is declining in many countries? This decline—in absolute terms, as well as relative to how older generations felt at the same stages in their lives—may reflect understandable frustration with outcomes, rather than with the concept of representative democracy. But that makes it no less worrying.

If not democracy, then what? Government by technocrats? By “strong” leaders? By the wisdom of crowds?

This New Thinking for a New World podcast episode is part of Tällberg Foundation’s exploration of the future of democracy. Is Churchill still right that democracy is the worst form of government, except for everything else? Listen as Cristóbal Marín Rojas, who comes from Bogota, Colombia, and Julien Richard, who is French, American and Austrian discuss the challenges of making democracy work. Both are students at the Paris School for International Affairs at Sciences Po.