What does China—or, more particularly China’s leadership and the Chinese Communist Party— want from the rest of the world? Domination or collaboration? Allies or subjects? War or peace? 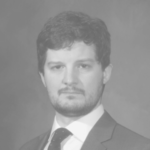 Dr. Jonathan D. T. Ward is an internationally recognized expert on Chinese global strategy and US-China competition. He earned his PhD in China-India relations at the University of Oxford and his undergraduate degree at Columbia University where he studied Russian and Chinese language.

Dr. Ward’s experience in Asia includes traveling across Tibet in truck caravans, crossing the South China Sea by cargo ship, and gaining access to Communist Party diplomatic archives in Beijing which have now been closed to the world. Dr. Ward lived and traveled globally for over a decade in China, India, Russia, Latin America, Europe, and the Middle East. He speaks Chinese, Russian, Spanish, and Arabic.

He has consulted for the U.S. Department of Defense on Chinese long-term strategy and for leading Fortune 500  corporations on US-China global competition. Dr. Ward has briefed leading American companies in the defense, aerospace,  technology, financial services, telecommunications, automotive, and industrial sectors on Chinese strategy and US-China  competition. He is a frequently invited speaker for government, military, industry, and financial audiences.

“The project of the Communist Party of China, and broadly speaking, the Chinese revolution, even before the CCP and the PRC, was to restore China’s position in the world to one in which they could contend with other major empires, other major powers. But I think they’ve taken that further now and see it ultimately as supremacy in an international system, a system that returns to a sense of an earlier imperial worldview, where China sat at the head of the known world…”

What does China—or, more particularly China’s leadership and the Chinese Communist Party— want from the rest of the world? Domination or collaboration? Allies or subjects? War or peace?

Jonathan Ward, an American who is rapidly becoming one of that country’s leading China experts, thinks they want victory. Dr. Ward, who has lived and worked in China and has a deep affinity for the Chinese people, recently published a new provocative book, China’s Vision of Victory. Listen as he shares his perspective on the issue that could literally change the course of history.