Even as the pandemic, like some giant glacier, slowly and unevenly recedes, the world seems frozen in place as it deals with the mess left behind. But is this crisis or opportunity? This week’s guests are dedicated to the latter proposition. They both are trying to make the world the kind of place it could and should be. 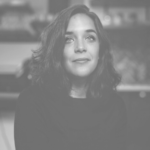 Sarah Durieux is Executive Director of Change.org France, the world’s largest online petitions platform that allows anyone to start a campaign on an issue they care about. A specialist in citizen mobilizations, community organizing and digital strategies, she has also worked for various NGOs such as the Nicolas Hulot Foundation, WWF and SOS Children’s Villages. In 2021, she published “Changing the World” an activism handbook based on the decade spent supporting beginners activists. 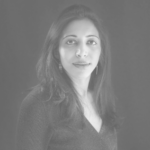 Vidhya Ramalingam is Founder of Moonshot CVE, an organization that uses technology to disrupt and counter violent extremism globally. She directs overall strategy and oversees campaigns, software development, and digital projects in over 25 countries. Under her leadership, Moonshot has pioneered new partnerships with tech companies to respond to violent extremism on their platforms, online intervention programs to pull individuals out of violent movements, and the use of automated messaging to disrupt hate groups online. Vidhya is recognized internationally for her role leading policy responses to white supremacist extremism and terrorism. Following the 2011 attacks in Norway, she led the European Union’s first inter-governmental initiative on white nationalist terrorism and extremism, initiated by the Governments of Sweden, Norway, Denmark, Finland, and the Netherlands, and launched by the EU Commissioner for Home Affairs. She regularly advises Big Tech and Heads of State on tackling white supremacy online, including recently the Prime Ministers of New Zealand and Norway. She has testified before the U.S. Congress on the global threat posed by white nationalist terrorism. Vidhya also serves on the Board of Life After Hate, an organization set up by former white supremacists to help individuals leave hate groups. In 2020, she was named an Obama Leader by the Obama Foundation.

“I personally believe strongly that there are more things that bring people together than tear them apart. They just haven’t found that yet. So I guess that our theory is that through activism, through participation, you can realize how much you have in common with people around you, that also want to live in peace, in harmony, in serenity with their neighborhood, with people in their country, with people across the globe.”

“Well, for me, all of my work is premised on the belief that change is possible. And that belief it’s not just hypothesis around the world. It’s genuinely evidence-based. I have spent the last decade working with individuals that were once embedded in hate movements, people who did and perpetrated awful violent things. And I have seen them come through a journey and do the hard work it takes to pull themselves out of that. And even in many cases, become peace activists, and now use…the hurt that they caused on the world for social good.”

Even as the pandemic, like some giant glacier, slowly and unevenly recedes, the world seems frozen in place as it deals with the mess left behind. Increased poverty and malnutrition; greater inequality; damaged and depleted health care systems; rising social and political tensions. But is this crisis or opportunity? Or, rather, are we smart enough and driven enough to turn what threatens to be a period of enormous strife—of the kind that often follows pandemics—into a new era of positive, life affirming change?

This week’s guests on the New Thinking for a New World podcast are dedicated to the latter proposition. They both are trying to make the world the kind of place it could and should be. Vidhya Ramalingam is a recognized expert on the use of technology to disrupt violent extremism online. Sarah Durieux focuses on mobilizing citizens online, to help them achieve policies they care about. They both also recently completed the Obama Foundation’s inaugural Emerging Leaders in Europe Program.