Egypt’s Nabil Fahmy and Turkey’s Cengiz Çandar discuss what Erdogan wants as he is playing a high stakes game that some think could even lead to war between Turkey and Greece or Egypt. 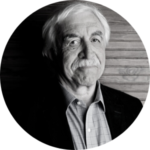 Cengiz Çandar is a “Distinguished Visiting Scholar” at the Stockholm University Institute of Turkish Studies and Senior Associate Fellow at UI (The Swedish Institute for International Affairs). Winner of Abdi Ipekçi Peace Prize in 1987 for contributing to Greek-Turkish relations. A public intellectual and a leading Turkish expert on the Middle East. Served as a Special Advisor to President Turgut Özal on foreign policy (1991-1993). Public Policy Scholar- Wilson Center (1999), Senior Fellow, US Institute of Peace (1999-2000) Adjunct Professor on the Modern History of the Middle East in different universities, Istanbul (1997-2010). Veteran journalist since 1976, Columnist, Al Monitor. Author of several books in Turkish and English. His bestseller (2012) (Mesopotamian Express – A Journey in History) is published originally in Turkish and also in Arabic and Kurdish languages. His latest book entitled Turkey’s Mission Impossible: War and Peace with the Kurds (with Eugene Rogan’s Foreword) published by Lexington Books in June 2020. 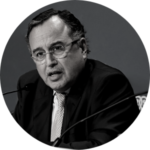 Nabil Fahmy is a former Foreign Minister of Egypt (2013-14) and career diplomat who served as Ambassador to the United States (1999-2008) and to.Japan (1997-99). He is the Founding Dean of the School of Global Affairs and Public Policy at the American University of Cairo (2009) to which he returned after his time as Minister.
As Minister, Mr. Fahmy formulated a strategy to reorient his country’s foreign policy, creating numerous options both regionally and globally, while also restructuring the Foreign Ministry in order to address the challenges of the future. During his distinguished diplomatic career Nabil Fahmy served in numerous government and international positions focused on international and regional security, disarmament and non-proliferation, and Arab-Israeli diplomacy. He was a member of the Egyptian Delegation to the 1991 Madrid Peace Conference, the Review Conferences of the Treaty on the Non-Proliferation of Nuclear Weapons, United Nations Advisory Board on Disarmament Matters, and other global bodies. Mr. Fahmy is the author of numerous publications on regional and global affairs, published in both Arabic and English.

One hundred years ago to the month, the collapsing Ottoman Empire was finally out of its misery in the Treaty of Sevre. However, in an echo of American author Mark Twain’s dictum that history never repeats, but sometimes rhymes, President Erdogan of Turkey today seems set on creating a new Ottoman power with reach from North Africa through the Eastern Mediterranean to the Levant and into the Caucuses as well as the Horn of Africa.  He is playing a high stakes game that some think could even lead to war between Turkey and Greece or Egypt.  Egypt’s Nabil Fahmy and Turkey’s Cengiz Çandar discuss what Erdogan wants in this episode of “New Thinking for a New World” with Alan Stoga.