Do you care about the future of the oceans? Can we save the oceans? Oceanographers Sylvia Earle from the US and Asha de Vos from Sri Lanka talkes about water, the oceans, threats, and solutions. 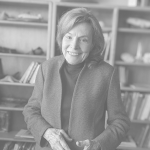 Sylvia is a recipient of the Tällberg-SNF-Eliasson Global Leadership Prize. 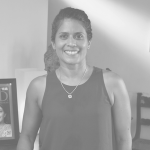 Dr. Asha de Vos is the Founder and Executive Director of Oceanswell in Sri Lanka
As a marine biologist, ocean educator and pioneer of blue whale research within the Northern Indian Ocean, Asha de Vos’ life work is to change the current marine conservation model, protect the unique population of blue whales and inspire the next generation of diverse ocean heroes from all corners of the globe.

Asha is one of this year’s finalists for the Tällberg-SNF-Eliasson Global Leadership Prize.

Do you care about the future of the oceans? Are you worried that pollution, acidification and warming of the seas could transform the planet as much as, maybe more than, what’s happening to the rainforests?

Seventy percent of the earth is covered by water. If we want a livable planet, we need livable oceans. Can we save the oceans? If failure is not an option—and it should not be—who needs to do what?

In a recent Tällberg webinar, oceanographers Sylvia Earle from the United States and Asha de Vos from Sri Lanka talked about water, the oceans, threats, and solutions. Both are explorers, educators, and activists and both are winners of the Tällberg-SNF-Eliasson Global Leadership Prize.

Click on the button to listen to the episode or find us on a podcast platform of your choice, (Apple podcast, Spotify, Acast, Stitcher, YouTube, etc.)

Do you want the watch a video of the recorded webinar instead? You can do so here: https://youtu.be/AHYG9XfG6l8