How is Africa doing? Can Africa produce the food, energy, economic activity, education, and social and political stability that all those people, especially all those young people, need and deserve? And is democracy the best means to that end? 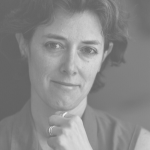 Michela Wrong has spent nearly three decades writing about Africa, first as a Reuters correspondent based in Cote d’Ivoire and former Zaire, and then as the Financial Times Africa correspondent, based in Kenya. From journalism, she moved into book-writing. Previous books include “In the Footsteps of Mr Kurtz”, the story of Mobutu Sese Seko, “I Didn’t do it for You”, focusing on Eritrea, “It’s Our Turn to Eat”, an examination of Kenyan corruption, and “Borderlines”, a novel set in the Horn of Africa. Her latest book, “Do Not Disturb”, is a scathing assessment of the Rwandan Patriotic Front and President Paul Kagame.

“…the longer I spend working on Africa and traveling around in Africa, the more it is born upon me that the nation-state is a fragile and recent arrival in Africa and that ethnic identity holds the key to everything. And that our problem as Western countries, we often confront Africa, assuming that the countries we’re dealing with and the governments we’re dealing with have been around as long as our own countries and governments have been.”
— Michela Wrong

Africa is growing or, to be precise, Africa is growing more Africans. Projections show that by 2050 Africa’s population is likely to double. By 2100 one in three people on Earth will be African, including almost half of global youth. But can Africa produce the food, energy, economic activity, education, and social and political stability that all those people, especially all those young people, need and deserve? And is democracy the best means to that end?

How is Africa doing? In one sense, that’s a nonsensical question to ask about 55 countries and almost 1.4 billion people, but even dumb questions can sometimes have smart answers.

In this week’s New Thinking for a New World podcast episode, Michela Wrong who has spent nearly three decades writing about Africa, as a journalist and as an author, talks about the people, the politics, and the day-to-day realities. Her latest book, Do Not Disturb, takes a deep dive into President Paul Kagame’s Rwanda which can be read as a window into Africa’s present and its possible future.