2020 will probably be remembered as the year of COVID. Our guest has long worked at the intersection of science, politics, and policy. Dr. Ali Nouri, a molecular biologist, is the President of the Federation of American Scientists 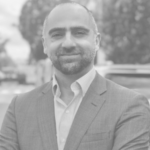 Dr. Ali Nouri, a molecular biologist, is the President of the Federation of American Scientists, an organization that for the last 75 years has addressed issues at the intersection of science and public policy. Nouri’s policy focus is centered around enhancing Congress’ science and technology capabilities; informing policy makers on the COVID-19 pandemic; and combatting rampant disinformation. Prior to assuming his role at FAS Nouri served in Congress advising Senators Jim Webb and Al Franken over a ten year period. He served in various positions including as legislative director, national security advisor, energy and environment advisor, and as a science and technology advisor. He began his Senate career as a AAAS Congressional Science and Engineering Fellow. Nouri is co-chair of the National Academies of Science, Engineering and Medicine’s New Voices initiative; he is co-chair of the NAS Forum on COVID-19; and he serves on the National Academy’s Global Science Diplomacy Roundtable on which he is co-chair of the subcommittee on countering disinformation. Prior to his service in the US Senate, Nouri served as an advisor in the office of then UN Secretary General Kofi Annan, and as a research associate at Princeton University where he developed initiatives to reduce the risks of dual-use biotechnology. He obtained a BA in biology from Reed College and a PhD in molecular biology from Princeton University.

2020 will probably be remembered as the year of COVID. But perhaps more importantly, to our collective futures, it’s the year that saw the emergence of the scientist as an accepted, necessary player in public policymaking. Probably not since Sputnik and the space race have scientists and science been so visible in the halls of power.

Our guest in this week’s New Thinking for a New World podcast, has long worked at the intersection of science, politics, and policy. Dr. Ali Nouri, a molecular biologist, is the President of the Federation of American Scientists.

Code Red: not for Earth, for Humanity?

We live in an era of accelerating, disruptive climate change, with catastrophic consequences that every credible forecast says will worsen. To look for answers we recently organized a conversation with Gladys Kalema-Zikusoka, Francisco Hildebrand and Tero Mustonen....