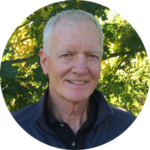 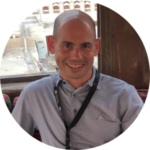 Joshua Steiner is the Chairman of the Board of Directors at Castleton Commodities, and is a Senior Adviser at Bloomberg, L.P., where he previously was Head of Industry Verticals. Prior to joining Bloomberg, Mr. Steiner co-founded and was co-president of Quadrangle Group, LLC. Before co-founding Quadrangle, he was a Managing Director at Lazard Frères & Co. LLC. From 1993 to 1995 he served as Chief of Staff for the U.S. Department of the Treasury. Mr. Steiner currently serves on the boards of Yale University, the International Rescue Committee and the SNF Agora Institute at Johns Hopkins University.

Scott Miller, political and business consultant, and Josh Steiner, investor and adviser to Bloomberg LP, are deeply immersed in U.S. politics, from significantly different perspectives. In this episode of New Thinking for a New World, they dissect the voting and the candidates. Six months ago, in our “The American Condition” episode they were optimistic that the U.S. would cope with the stresses of a difficult, partisan year. Are they still?

Unwrapping the Riddle That Is Mexico / Jorge Castañeda

Jorge Castañeda thinks Mexico is in trouble, but almost half of all Mexicans say their country is on the right path. Mexicans, not known for being optimists, apparently are optimistic. Why? *** Winston Churchill famously described the Soviet Union as "A riddle wrapped...

Asia for the Asians — but which Asians? / C Raja Mohan

Listen as C Raja Mohan explains how India can cope with a dangerous world and a dangerous neighbor. *** We live in a complicated, conflicted world. Russia's unprovoked war in Ukraine. US and European efforts to punish Russian aggression in ways that challenge the...