Can Bolsonaro bully his way into reelection? Will the country’s democratic institutions be so badly damaged by him that Brazil’s future stability could be at risk? Most importantly, what do the Brazilian people actually want? 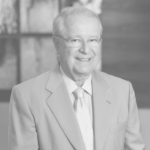 In his public career, he was negotiator of the Brazilian foreign debt, alternate Governor to the IMF and the World Bank, as well as Alternate Representative to the GATT/WTO.

Ambassador Amaral held distinguished positions in the Brazilian government, such as Vice-Minister for the Environment, Minister of Social Communication and Spokesman for President Cardoso. He was also Minister for Industry and Foreign Trade, as well as Chairman of the Foreign Trade Council of Ministers (CAMEX) and of the Brazilian Development Bank (BNDES).

In the private sector, Ambassador Amaral was the Chairman of the Brazil-China Business Council and a member of the Board of WWF Brazil, AES Eletropaulo and AES Tietê. He also served at the international advisory council of  TOTAL, the French oil company.

After leaving the Embassy in Washington, in 2019, he became a Counsel to Felsberg and Lawyers and a member of the Strategic Council of the Federation of Industry of São Paulo. Ambassador Amaral presides over his own International Consulting Company and hosts a weekly TV program on International Relations at the Band Cable News.

Brazilian President Jair Bolsonaro recently said, “I have three alternatives for my future: being arrested, killed, or victory.” To say that is an unusual approach for someone seeking re-election is an understatement, but Bolsonaro is a member in good standing of the Would-Be Autocrats Club who achieved power through the ballot box. Members include Donald Trump, Recep Tayyip Erdoğan, Daniel Ortega, maybe Andrés Manuel López Obrador of Mexico. Brazil’s elections are in October 2022, and Bolsonaro has already indicated he would try to use the military to stay in power, insisted that the vote will be rigged against him, and is leaning heavily on the courts to give him what he wants.

Can Bolsonaro bully his way into reelection? Will the country’s democratic institutions be so badly damaged by him that Brazil’s future stability could be at risk? Most importantly, what do the Brazilian people actually want?

Sergio Amaral has a long career as a top Brazilian diplomat, presidential policy advisor, and consultant to some of São Paulo’s global companies. He has worked closely with presidents and other politicians and has an insider’s perspective on how his country actually works. Listen as he discusses the future of Brazilian democracy on this week’s New Thinking for a New World podcast.

Listen to the episode or find us on a podcast platform of your choice, (Apple podcast, Spotify, Acast, Stitcher, YouTube, etc)