Are Your Thoughts Safe?

Where is neuroscience taking us? Rafael Yuste works at the forefront of neuroscience. In an effort to protect your individual neuro-identity and neurorights, he is joined by Jared Genser, a leading international human rights lawyer. 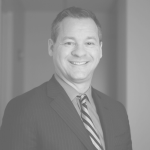 Jared Genser is an international human rights lawyer who has spent his career practicing law, engaging in serious scholarship, and teaching and mentoring the next generation of human rights lawyers.  Referred to by the New York Times as “The Extractor” for his work freeing political prisoners worldwide, his client list has included people like Nobel Peace Prize Laureates Desmond Tutu, Liu Xiaobo, and Elie Wiesel. Jared has recently been designated as Special Adviser on the Responsibility to Protect by the Organization of American States (OAS). He is also co-Executive Producer of a dramatic TV series based on his life being developed with actor Orlando Bloom for Amazon Studios. He has taught as an Adjunct Professor of Law at Georgetown University Law Center and the University of Michigan and University of Pennsylvania law schools and his public interest law firm Perseus Strategies has hosted more than 50 interns in the last decade. And Genser has published three books on the topics of arbitrary detention, mass atrocity crimes, and the UN Security Council and has a forthcoming book on reforming the UN human rights system. 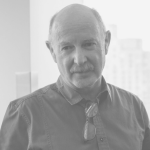 Professor Rafael Yuste is contributing to a seminal paradigm shift in neuroscience, and is a leader in exploring the ethical consequences emerging from the confluence of neurotechnology and artificial intelligence.In selecting Yuste, the jury not only recognized his vision and leadership within the scientific community, but his deep commitment to promoting a global conversation about the ethical implications of rapidly accelerating neuro-technology. His work to bring together diverse thinkers in neuroscience, philosophy, law, industry and elsewhere to develop new thinking about “neuro rights” is critical to our future.

Rafael is Professor of Biological Sciences and Neurosciences at Columbia University, New York. A Spanish-American neurobiologist, he is one of the initiators of BRAINI. Launched in 2013, the goal of this multidisciplinary, U.S. government funded initiative is to transform the study of the brain with the development of radically more powerful recording technologies using novel physics and engineering, deeply integrated with theory. This initiative has spawned an important series of global counterparts.

Born in Madrid, Rafael originally trained as a medical doctor, later shifting to neuroscience (Rockefeller University) and physics (Bell Labs). This unusual multidisciplinary background contributed to the concept that eventually underpinned BRAINI and also underpins his more recent focus on the intersection of neuroscience and AI.

In Hamlet, Shakespeare wrote, “Nothing is good or bad, but thinking makes it so.”  In turn, that implies that to control someone’s thoughts would create the possibility of controlling their actions, for good or for evil. Until recently, such control was the stuff of science fiction.  But, that is changing.

Neuroscientists today know more about how the brain works than ever before; unlocking the brain’s potential could transform our world. Achieving what from today’s perspective would be superhuman cognition, could open whole new worlds of medicine, science, technology, and even humanity. But it could also be abused, with nightmarish consequences.

Dr. Rafael Yuste works on the forefront of neuroscience, based at Columbia University in New York. His pioneering work has led him to recognize the potential for abuse of rapidly advancing knowledge about how the brain works; as a consequence, he has become a champion for protecting individual neuro-identity and neurorights. In that initiative, he is joined by Jared Genser, a leading international human rights lawyer. Rafael and Jared, both past winners of the Tällberg-SNF-Eliasson Global Leadership Prize, recently shared ideas in the New Thinking for a New World podcast.