Too many people seem voiceless or, at least, don’t think their voices are heard by those whose decisions shape their lives. Is the problem that too many are voiceless or that too many are not listening? Maybe unanswerable, but we asked some people to try. Please listen to the conversation among Baiqu Gonkar, Francis (Pacho) Hildebrand and Mike Niconchuk, moderated by Diane Osgood. 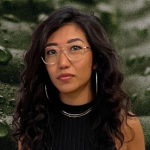 For nearly a decade, Baiqu Gonkar has worked at the intersection of creativity, tech, and social good.

In 2015, she founded Art Represent, a non-profit dedicated to the social and economic empowerment of artists affected by conflict. Working with partners around the globe, Art Represent has launched impact projects in 5 countries and garnered visibility for communities in conflict.

Since starting her first venture at 23, Baiqu has also been leveraging her experience in tech entrepreneurship as a startup and investment consultant. At the moment she is working on a tech-enabled solution to connect skilled migrant women in Europe to meaningful work. 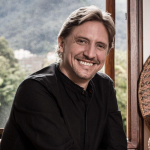 Francisco (Pacho) Hildebrand has, since he was a kid, spent time living in the Colombian Amazon Rainforests where his commitment to work hand in hand with indigenous communities to protect the Amazon begun, making him the third generation in his family dedicated to protecting cultural and biological diversity.

Since 2011 Francisco has directed Gaia Amazonas, a Colombian NGO founded by his father Martin von Hildebrand (Tallberg Global Leadership Prize Awardee) whose mission is to protect the Amazon. He also leads the largest initiative for the recognition of indigenous governments (equivalent and “indigenous Municipalities”) and in the definition and implementation of traditionally- based conservation strategies over an area the size of Greece in the Amazon. 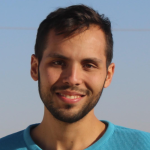 Michael Niconchuk is an applied neuroscience researcher and practitioner focusing on trauma recovery in conflict-affected populations, and the relationship between trauma and intergroup violence. Mike is the Program Director for Trauma & Violent Conflict at Beyond Conflict as well as the Senior Technical Expert for Mental Health and Psychosocial Support at Questscope. Michael is the author of several innovative scientific publications on issues of neuroscience, violent extremism and intergroup conflict, and is the author of the Field Guide for Barefoot Psychology, a psychoeducational and trauma recovery program for communities affected by trauma and forced displacement. Michael is a former Fulbright Scholar and holds degrees from Tufts University and University College London. 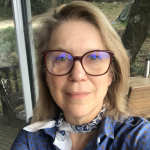 Diane Osgood is a pioneer in sustainability and innovation. Social impact expert and strategist. Over 30 years of helping civil society and companies innovate and grow with purpose. Fascinated by the power of consumers to influence brands and shape the economy.

One of the ironies of the 21st century is that even though everyone on the planet seems to have a cell phone and to be actively connected to social media, too many people seem voiceless or, at least, don’t think their voices are heard by those whose decisions shape their lives. The result is a huge gap between citizens and their putative leaders almost everywhere that breeds corrosive anger, frustration and distrust.

What’s going on? Who is voiceless, and why? Is the problem that too many are voiceless or that too many are not listening? Is the solution to speak louder, to scream perhaps, or do we need to think differently about how we engage people in the important conversations that define their reality?

Maybe unanswerable, but we asked some people to try. Please listen to the conversation among Baiqu Gonkar, a Tibetan activist working at the intersection of technology, art and social good; Francis (Pacho) Hildebrand, a Colombian environmentalist working to sustain the Amazon; and Mike Niconchuk, an applied neuroscientist working with conflict-affected populations particularly in the Middle East. Diane Osgood, social impact strategist, moderated the discussion, which was hosted by Vamvakou Revival and the Stavros Niarchos Foundation (SNF).

Let us know what you think!