On this podcast episode, Richard Gephardt and Scott Miller sift through the evidence and speculate on the future of democracy in America. Is the absence of wild allegations of fraud too low a bar for a country that likes to think of itself as the gold standard of representative democracy? What are the implications of the massive amounts of money—almost $17 billion—that candidates raised and spent during their campaigns?

The US mid-term elections are (almost) over. We know the headlines: Democratic Senate, Republican House, many election deniers denied election. Democrats win by not losing; Republicans prove that when bad candidates deserve to lose, they do. Perhaps most importantly—after all the sturm und drang of the last election cycle—voters voted, ballots were counted, winners celebrated and losers conceded. In other words, America had a normal election.

But is it too early to say that democracy has healed itself? Is the absence of wild allegations of fraud too low a bar for a country that likes to think of itself as the gold standard for representative democracy? What are the implications of the massive amounts of money—almost $17 billion—that candidates raised and spent during their campaigns? Does the way-too-early launch of the 2024 presidential election cycle signal that politicking, rather than governing, is what American politicians are best at?

We invited Richard Gephardt, former Democratic congressman and long-time party leader, and Scott Miller, one of America’s most successful political strategists, to sift through the evidence and speculate on the future of democracy in America.

Listen to the episode here or find the New Thininkg for a New World podcast on a platform of your choice (Apple podcast, Spotify, Stitcher, Google podcast, Youtube, etc). 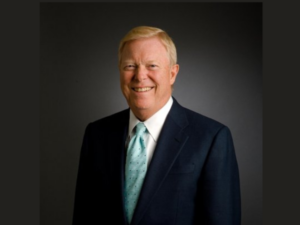 During 2020, Mr. Gephardt actively worked to prevent an array of threats to the integrity of the election and transition through an organization he helped create: Keep our Republic. (https://keepourrepublic.com/) 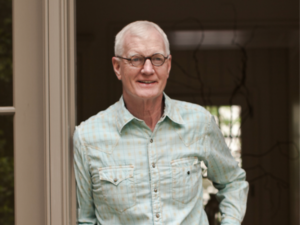 In 2012 Scott founded RealLeader.com with Pat Caddell and Bob Perkins, and in 2013 with First Lady Michelle Obama’s “Partnership for a Healthier America” initiative. During the 2014 elections, he founded “WeNeedSmith.com” and “A Promise to America” with Pat Caddell and Bob Perkins. In the 2016 campaign, they provided message strategy support to President Donald Trump. He wrote Building Brandwidth with lkjhSergio Zyman, The Underdog Advantage with David Morey and One More Customer with Fran Tarkenton. Former Editor of the Times of London James Harding’s book Alpha Dogs is based on Miller’s work in politics. Scott is a member of the Council on Foreign Relations, and a member of the Emory Winship Cancer Institute advisory board.