Alone together: China and America

We seem to be moving from a world where markets ruled to one where politics rules: the politics of nationalism and confrontation, of East versus West instead of East and West. Weijian Shan, economist, businessman, investor, shares his unique perspective, not just on global markets, but on how the world really works. 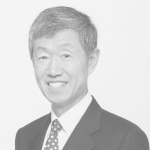 Weijian Shan is chairman and CEO of PAG, a leading Asia-focused private equity firm. Prior to PAG, he was a partner of the private equity firm TPG, and co-managing partner of TPG Asia (formerly known as Newbridge Capital). Over two decades, Weijian Shan has led a number of landmark transactions that have returned billions of dollars in profit to his firms’ investors. Previously, Shan was a managing director of JP Morgan, and an assistant professor at the Wharton School of the University of Pennsylvania. In his youth, he spent several years working as a laborer in the Gobi Desert of China. He holds an M.A. and a Ph.D. from the University of California, Berkeley, and an M.B.A. from the University of San Francisco. Shan is the author of Money Games: The Inside Story of How American Dealmakers Saved Korea’s Most Iconic Bank (2020) and Out of the Gobi: My Story of China and America (2019). His articles and commentary have been published in the Financial Times, The New York Times, The Wall Street Journal, Foreign Affairs, The Economist and many other publications.

“We have gone…more than two years of trade war between the United States and China. And that of course does nobody any good. And in fact, it has not changed anything, China’s surplus with the United States remains, America still runs a large trade deficit”.

It wasn’t that long ago that globalization was almost universally perceived as a good thing, when policy makers celebrated free trade agreements, and when countries competed to lower barriers to the free flow of goods, technology, and money. But something in the global zeitgeist seems to have shifted from free trade and open markets to decoupling, national champions, re-shoring, industrial policy.

We seem to be moving from a world where markets ruled to one where politics rules: the politics of nationalism and confrontation, of East versus West instead of East and West.

In this week’s New Thinking for a New World podcast, Weijian Shan, economist, businessman, investor, and author based in Hong Kong, shares his unique perspective, not just on global markets, but on how the world really works. He is chairman and CEO of PAG, one of Asia’s leading investment firms, and author of two books, Money Games: The Inside Story of How American Deal makers Saved Korea’s Most Iconic Bank, and Out of the Gobi: My Story of China and America.