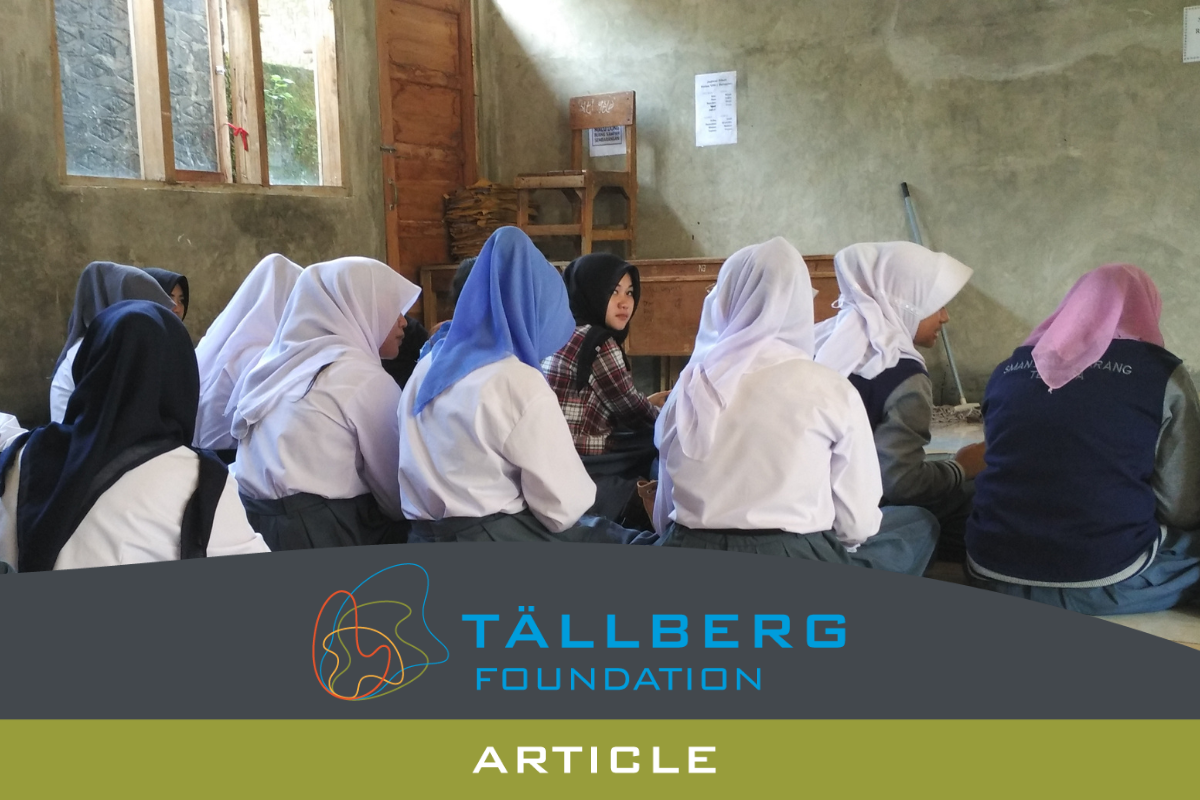 “Malala Fund has a very, very simple philosophy…the right of every citizen to have 12 years of safe, quality, and free education available to them.”

“We’re predicting that almost 20 million more secondary school girls will drop out of school by the end of the crisis.”

Even as some countries—mostly in North America and Europe—emerge from COVID’s awful embrace, large parts of the world continue to struggle with the ravages of the pandemic. And in those countries, arguably the biggest, longest lasting impact is likely to be on children in general and young girls in particular.

Dr. Maliha Khan, one of the leaders of the Malala Fund, is deeply worried. “I think it is a crisis of a dimension that is going to be even bigger than the health crisis that the pandemic has been, and it’s something that’s going to have an impact for generations… Once a girl has lost her years of education, and once she’s dropped out of school, there are all sorts of social ills that happen, including sexual exploitation, early marriage, early childbirth, and other things like that, that have generational impacts for many, many years to come.”

The pandemic—with its school closings, social disruption, health and nutritional problems—made a bad situation worse. Prior to the pandemic, Khan says, “We had about 125 million girls out of school who were not completing primary education, who only had a few years of education, or who never entered school in the first place. And most of those numbers are centered on a few countries…we’re looking at South Asia, India, Pakistan, Afghanistan, and we’re looking at some countries in West Africa, mostly Nigeria.”

A year of lost education is huge for any child. Khan points out that “when you think about a year out of school, a year out of the habit of learning, and a year of forgetting what they have learned before…learning outcomes are going to be profoundly impacted.” And that lost year is even more consequential to girls in some Asian and African countries where “girls have an average of [only] four to six years total of education.”

Every parent in the world understands that the impact of lost education is a huge challenge. But Khan argues it is worse in countries which lacked the resources to set up emergency educational initiatives during the pandemic: “Think about the countries where these might be the first generation who are learning, or who have parents who might’ve completed [only] a few years of education themselves, but had long forgotten whatever it is that they’d learned. So they can’t provide the same sorts of support to the children, and particularly the girls when they’re doing homeschooling. And then also think that most of these countries, particularly the poor and vulnerable populations, have no access to any remote learning, or to any digital technology.”

In other words, “lost” means “lost.” The Malala Fund surveyed over 6,000 children and their parents in Nigeria, Pakistan, India and Ethiopia and found that almost 95% of the households said that they didn’t receive any form of alternative learning materials, digital support, remote learning—or even financial support during the crisis.

Khan summarizes the disaster in the making, “We’re starting at a lower base because these kids have lower learning outcomes to start with. We’re giving them a year’s worth of break from school, so whatever they learned before they might’ve forgotten. And then we’re putting them back into poorly resourced schools where remediation is going to be really difficult, when you’re talking about schools which are overcrowded and teachers who are poorly trained. It’s going to be really difficult for them to be catching up with school.”

Against that reality, not returning when schools finally re-open might be easier than trying to restart the learning process. The good news, Khan reports, is that in the Malala Fund survey, “one of the things that came across loud and clear…was that girls wanted to go back to school; the vast majority of them wanted to go back to learning. They continued to have aspirations to learn. They continued to say they miss the learning environment.” Unfortunately, she adds that “many of them said that they didn’t think they would be able to go back to school.”

That’s an individual catastrophe, but also a national catastrophe. Governments, Khan argues, need to invest more in education. “They need to prioritize all education, but particularly education for girls. And one of the things that we’re seeing is that when governments do that…there are tremendous benefits, not only to the children who are getting the education, but to the economy of those countries, and to the overall social sector.”

Khan, citing research done by Malala Fund in collaboration with the World Bank, even has a precise definition of “tremendous.” “Our research shows that if every girl in the world received 12 years of quality education, we could add $30 trillion to the global economy. So my question to all decision makers is not so much, how can you afford to invest in education? It’s how can you afford not to invest in education?”

Khan insists that governments, communities and—above all—citizens intuitively understand the urgency of universal education. “The world’s take on girls’ education has radically changed, and this is in my working lifetime,” she says. She has seen constant, if not steady, improvement in attitudes, in infrastructure, in teachers, in resources. Khan points to “examples of districts in Ghana and Nigeria that have really changed the map of educational attainment. And they’ve done that through local efforts of improving teacher quality and training, improving the curriculum, and teaching in familiar, or local languages.”

Nevertheless, the gap between supply and demand persists—and that was before the pandemic turned everything upside down. “Governments have not been able to keep up with the demand. We’ve got growing populations. We’ve got growing very young populations in all of these countries, and the need for the infrastructure, the need for the basic investments is huge. This is the time to make those investments.”

At the end of a long conversation with Khan, it’s not clear whether she is an optimistic realist or a realistic optimist. But she is positive the future will be better: “I interact with young people around the world all the time, and they give me huge amounts of hope that there is change happening, and that we will see this change in our lifetimes.”

Maliha Khan recently spoke with Alan Stoga as part of the Tällberg Foundation’s “New Thinking for a New World” podcast series. Hear their whole conversation here or find us on a podcast platform of your choice  (Apple Podcast, Spotify, Acast, Stitcher, Libsyn, etc). 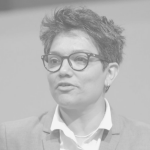 Dr. Maliha Khan is Chief Programmes Officer at Malala Fund, spearheading the effective delivery of programmatic work for girls’ education, including the Malala Fund Education Champions Network. Dr Khan is an international expert in program design and performance, learning, and accountability, with a focus on women and girls’ empowerment. She has designed rights-based programs focused on women and girls, been a professor of gender studies, and has implemented women’s programs in marginalized regions of Pakistan.

Dr. Khan is from Pakistan, has a Ph.D. from the State University of New York, and a MA from Quaid-i-Azam University in Islamabad in Social Anthropology. She is a Nonresident Senior Fellow at the Atlantic Council South Asia Center, and a trustee for CARE International.