“I am a Trump supporter.  I supported him in ’16, voted for him in ’20, but I had a raging case of Trump fatigue myself…. I was not that sorry to see the outcome, and I think the country needed it.” — Scott Miller

“I thought [you] were very cognizant of the damage this president had done to this country… of how inept this administration had been about a pandemic that’s killed 230,000…of how the president has damaged the institutions that have served this country so well. So that vote comes as somewhat of a surprise.” — Josh Steiner

A hard-fought, raucous campaign. Historic voter turnout, and record votes for the winner, as well as the loser. Small margins in many states. Reduced Democratic majority in the House and a reduced Republican majority in the Senate. A President Trump who has yet to concede he lost, and a President-elect Biden who is preparing to take power.

The recent American election was not a decisive victory for either Democrats or Republicans, Trump haters or Trump supporters. If anything is clear in its aftermath—other than that Joe Biden will be the next President—it is that the country remains deeply divided.

Scott Miller, political and corporate strategist, sees wisdom in that outcome. “I think the American people do what they do so well, which is they’re fairly sophisticated about voting…I’ve never seen them make a mistake, given the choices allowed and presented to them and the information they got. But in this election, I think they intended to return a Republican Senate as a kind of shock collar, to make sure that Joe Biden doesn’t pull too far to the left.”

Josh Steiner, who opposed Trump and supported Joe Biden, not surprisingly sees the election outcome differently. “It was one thing to vote for the President in 2016, when one could imagine that the office would reform the man. It turns out that the man was more focused on destroying the office.” He adds, “This vote was extraordinarily important in terms of re-establishing norms that have been the traditions of the office of the President, say for many, many decades.”

Both observers agree that there are important lessons to be learned from the campaign and its outcome. They share enthusiasm over the historic turnout—160 million voters, almost two-thirds of those eligible to vote, 100 million of whom voted in the weeks before Election Day—which reflects the health of democracy in America. Steiner also thinks that the election demonstrated the capacity of the civil service to do its job under difficult circumstances. Miller points to the ineffectiveness of massive spending and of political advertising, “Look at the amount of money that was wasted on both sides. Probably a billion dollars flushed that had no effect.”

But the underlying message from the voters, they both agree, is that it is time to move on. As Miller puts it, “I think the American people are completely exhausted on both sides…I think they really need a rest.”

Miller knows Biden from past campaigns, although he opposed him in this one. He argues, “His motto is results, not revolution, and I think that is exactly what we need now.” Biden-supporter Steiner elaborates, “I think he’s, by temperament and by history, someone who cares deeply about both the nation and the institutions of government. He has spent his entire career working in furtherance of those institutions. And I think he believes that they can be a powerful source of good.”

That commitment to making government work could be critical, not only to the success or failure of the incoming Administration, but to the future trajectory of the country.  Steiner insists that Biden must “help the American people change their perception of what the federal government can do … re-establishing a sense of trust that the government actually can help.” Tackling the pandemic first—as Biden has stressed in the days after the election—may be the right approach. Miller says that Covid-19 “was, as much as anything, a metaphor or a way of understanding…leadership, and I think the American people were not satisfied with leadership that they got.”
Pivoting to the future, the United States faces a symbolic reckoning and a more substantive one. The former is the January 20th inauguration; the latter is the renewed debate over policy when a new Congress and a new President cope with the continuing challenges of divided government.

For Steiner, “One of the greatest traditions in our country is that transfer of power, that image of the two presidents on the balcony of the Capitol…I’m quite sure the President-elect is going to be there. I’m quite sure the President-elect is going to talk about healing. But, it takes two to tango.”  Will Trump show up at the dance?  “I think he will…I think he’ll know that to preserve his brand he needs to show grace and civility,” is Miller’s hopeful answer.

And then what? Can divided government address the pandemic, end the recession, address the causes of deeply divisive partisanship, shape new structural solutions demanded by issues of inequality, climate change and social injustice?

Steiner worries that “this is not going to be an administration characterized by broad, new sweeping legislation.” But he thinks that there could be bipartisan support for movement on short-term economic stimulus and long-term infrastructure investment.  Presidential action is likely on aspects of climate, antitrust and competitiveness. And he fervently hopes that the new President will “separate politics from the law and let the law, and law enforcement, resume its rightful role,” a criticism of the politicization of the Justice Department by President Trump.

Of course, the biggest challenge to post-election bipartisan action may be the future of Trumpism. Miller, not surprisingly, believes that there are potentially positive bits of legacy: “Trump was necessary only because change was necessary, fairly radical change, and a huge percentage of the American people needed to believe that somebody was taking on the elite establishment.”  Steiner agrees that there is an upside in Trump’s having caused the country “to rethink certain conventional wisdoms…to expand our view of the art of the possible.”  But he worries that the unattractive elements of Trump’s political success—“using rhetoric and language disconnected from facts to incite people”—might appeal to future politicians willing to encourage voters’ baser instincts, and unwilling to find common ground.

Shared conclusion? Miller speaks for both: “This was a very hopeful election.”  Amen to that.

Josh Steiner and Scott Miller recently spoke with Alan Stoga as part of the Tällberg Foundation’s “New Thinking for a New World” podcast series. Hear their whole conversation here or find us on a podcast platform of your choice  (iTunes, Spotify, Acast, Stitcher, Libsyn, etc). 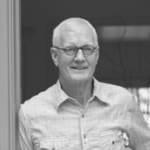 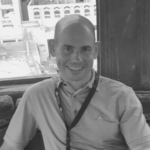 Joshua Steiner is the Chairman of the Board of Directors at Castleton Commodities, and is a Senior Adviser at Bloomberg, L.P., where he previously was Head of Industry Verticals. Prior to joining Bloomberg, Mr. Steiner co-founded and was co-president of Quadrangle Group, LLC. Before co-founding Quadrangle, he was a Managing Director at Lazard Frères & Co. LLC. From 1993 to 1995 he served as Chief of Staff for the U.S. Department of the Treasury. Mr. Steiner currently serves on the boards of Yale University, the International Rescue Committee and the SNF Agora Institute at Johns Hopkins University