The kids are not alright!

“All children of all ages and in all countries are being effected in particular by the socioeconomic impacts and in some cases, by mitigation measures that may inadvertently do more harm than good. This is a universal crisis. And for some children, the impact will be lifelong.” 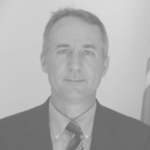 Robert Jenkins, Chief, Education and Associate Director, Programme Division, UNICEF Headquarters, joined UNICEF in 1995. He brings over 20 years of experience in international development and humanitarian programming in Africa, Asia and the Middle East.

Prior to his current appointment, Mr. Jenkins served as the UNICEF Representative, Jordan, from 2014-2019, and Deputy Director, Division of Policy and Strategy in UNICEF Headquarters from 2009-2014.

“1.6 billion children…had their schooling disrupted at the height of the pandemic. That’s 92% of the globally enrolled student body. Those of us who were in scenario planning and talking about responding to disruptions never would have put that type of figure on the table before this pandemic. So there isn’t a community, there isn’t a household, there isn’t a country that has not had their education system and schooling effected.”

Early in 2020, when the global pandemic was still gathering force, UNICEF published a prophetic, deeply disturbing document “All children of all ages and in all countries are being effected in particular by the socioeconomic impacts and in some cases, by mitigation measures that may inadvertently do more harm than good. This is a universal crisis. And for some children, the impact will be lifelong.”  If anything, what actually has happened—and continues to happen—to children everywhere is, if anything, probably worse than UNICEF imagined. Not just schooling, but human and social development interrupted. Children cut off from the meals that come with school attendance. Surging levels of abuse, trafficking and child labor. Perhaps, a lost generation, but almost certainly a damaged one.

Robert Jenkins sits at the epicenter of this crisis. He is leading UNICEF’s global education response to the pandemic and brings decades of experience and a global perspective to what might easily be the most important and longest lasting impact of COVID. How worried is he? What needs to be done? How can societies around the world, ameliorate the worst impacts of the pandemic on their children?

Listen to the episode here or find us on a podcast platform of your choice, (Apple podcast, Spotify, Acast, Stitcher, etc).