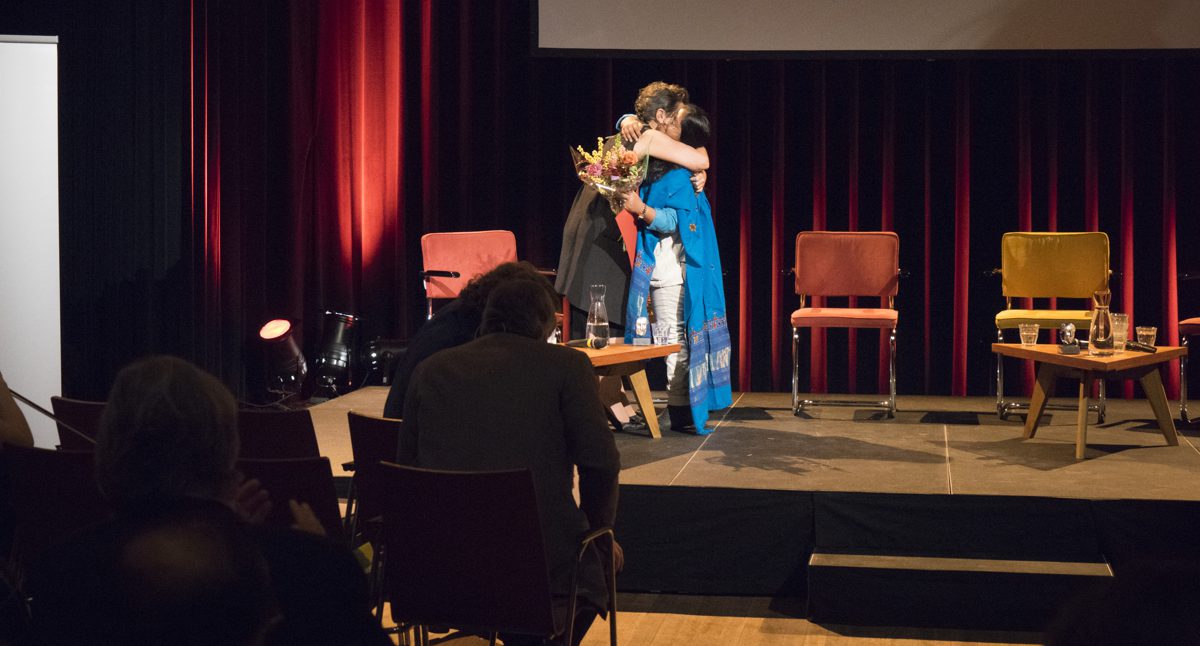 The 2016 Tällberg Foundation Global Leadership Prize is awarded to Sunitha Krishnan and Christiana Figueres for their Innovative, Principled, and Courageous Leadership

Amsterdam, Netherlands – November 29, 2016 – The Tällberg Foundation announced today the winners of its Global Leadership Prize for 2016: Sunitha Krishnan from India and Christiana Figueres from Costa Rica. Ms. Krishnan was chosen for her untiring advocacy on behalf of women and children who are victims of sex crimes and trafficking. Ms. Figueres is being honored for her creative diplomacy and tireless work that produced the Paris Agreement on climate, agreed last December and became effective during 2016.

The Tällberg Foundation, with the support of the Stavros Niarchos Foundation (SNF), launched the Tällberg Foundation Global Leadership Prize to seek out, honor, and encourage great leaders, as well as to reframe the debate on contemporary notions of leadership. The Prize is awarded annually to two individuals who demonstrate principled leadership in the face of adversity, recognize the need to operate at the systems level, and create movements for change that have the potential to be replicated more broadly. This year, an international jury selected Sunitha and Christiana from a pool of almost 300 nominations from 60 countries. Each Prize carries a stipend of $50,000.

Christiana Figueres, a career diplomat and accomplished international public servant, took on the challenge of the global climate negotiations after the failure in 2009 of the Copenhagen summit. As Executive Secretary of the United Nations Framework Convention on Climate Change for the past six years, her innovative work helped to deliver the opposite result in Paris, thereby demonstrating that global agreements are still possible.

“We live at a moment when the dark underside of globalization is causing many politicians to retreat to nationalistic and other failed ‘solutions.’ The world deserves better – and Sunitha Krishnan and Christiana Figueres prove that better is possible,” said Alan Stoga, Chairman of the Tällberg Foundation. “Their work, in very different fields, demonstrates the importance of leadership based on a recognition of what binds us together, instead of what separates us.”

Andreas Dracopoulos, Co-President and Director of SNF, said “The Tällberg Foundation Global Leadership Prize is providing a great service by recognizing courageous and pioneering leaders, at a time when there has never been a greater need for meaningful leadership. SNF is honored to be able to support this important undertaking.”

Additional information on the Tällberg Foundation and the Global Leadership Prize is available at www.tallbergfoundation.org.

About the Tällberg Foundation

The Tällberg Foundation, with offices in Stockholm and New York, aims to provoke people to think differently about the global issues that are shaping their present and their future. For more information, visit www.tallbergfoundation.org.

SNF (www.SNF.org) is one of the world’s leading private international philanthropic organizations, making grants in the areas of arts and culture, education, health and sports, and social welfare. SNF funds organizations and projects that are expected to achieve a broad, lasting and positive impact for society at large, focusing on vulnerable groups such as children and the elderly, and also exhibit strong leadership and sound management. SNF also seeks actively to support projects that facilitate the formation of public-private partnerships as an effective means for serving public welfare.

2016 marks the twentieth year of the SNF’s global philanthropic activity. Since 1996, SNF has made grant commitments of $1.9 billion / €1.6 billion, through 3,646 grants to nonprofit organizations in 111 nations around the world.