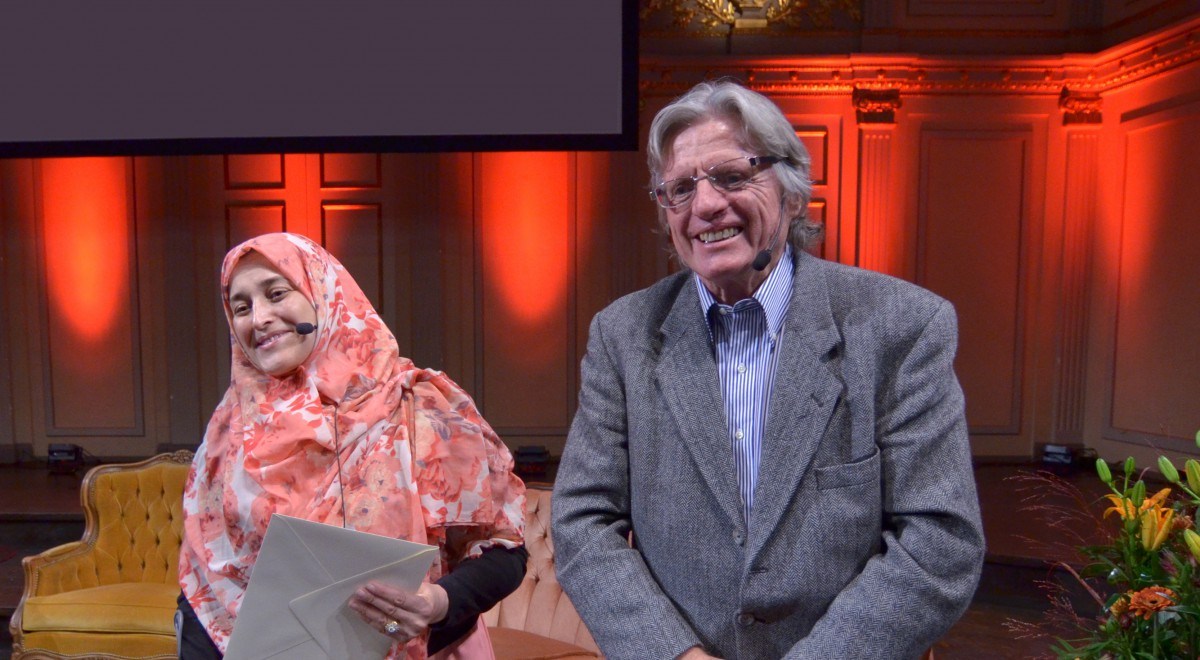 The 2015 Tallberg Foundation Global Leadership Prize is awarded to Jamila Afghani, a Women’s Rights Activist in Afghanistan, and Martín von Hildebrand, an Environmental Activist in Colombia, in recognition for their Innovative, Principled, and Courageous Leadership.

On November 11, the Tällberg Foundation announced the winners of our Global Leadership Prize for 2015: Jamila Afghani from Afghanistan and Martín von Hildebrand from Colombia. Ms. Afghani was chosen for her work promoting a new understanding of women’s rights in Islam among her country’s imams. Mr. von Hildebrand was selected for his work to create an environmental corridor from the Andes to the Atlantic Ocean as well as his continuing efforts to secure the rights of indigenous people in the Amazon.

The Tällberg Foundation, with the support of the Stavros Niarchos Foundation, has launched the Tällberg Foundation Global Leadership Prize to seek out, honor, and encourage great leaders, as well as reframe the debate on contemporary notions of leadership. The Prize will be awarded annually to two individuals, or institutions, that demonstrate principled leadership in the face of adversity, recognize the need to operate at the systems level, and create movements for change that have the potential to be replicated more broadly. An international jury selected this year’s leaders out of 225 nominations from 56 countries. Each Prize includes a stipend of $50,000.

Jamila Afghani is Founder and Program Director of the Noor Educational and Capacity Development Organization (NECDO) in Kabul, Afghanistan. Jamila Afghani’s enormously courageous efforts – rooted in knowledge, persistence and vision – aim to educate imams in Afghanistan about women’s rights in Islam as well as on peace, reconciliation and dispute resolution, with the goal of furthering positive social change. NECDO is a local Afghan women’s NGO serving women, youth, and children and dedicated to educational activities, including establishing libraries.

“The challenges of the 21st century require new examples of leadership – innovative, principled, and courageous – to inspire, affirm, and motivate the world to take profound and necessary action,” said Alan Stoga, Chairman of the Tällberg Foundation. “Jamila Afghani and Martín von Hildebrand provide just that kind of leadership, and I am pleased that the Tällberg Foundation Global Leadership Prize can help recognize them for it.”