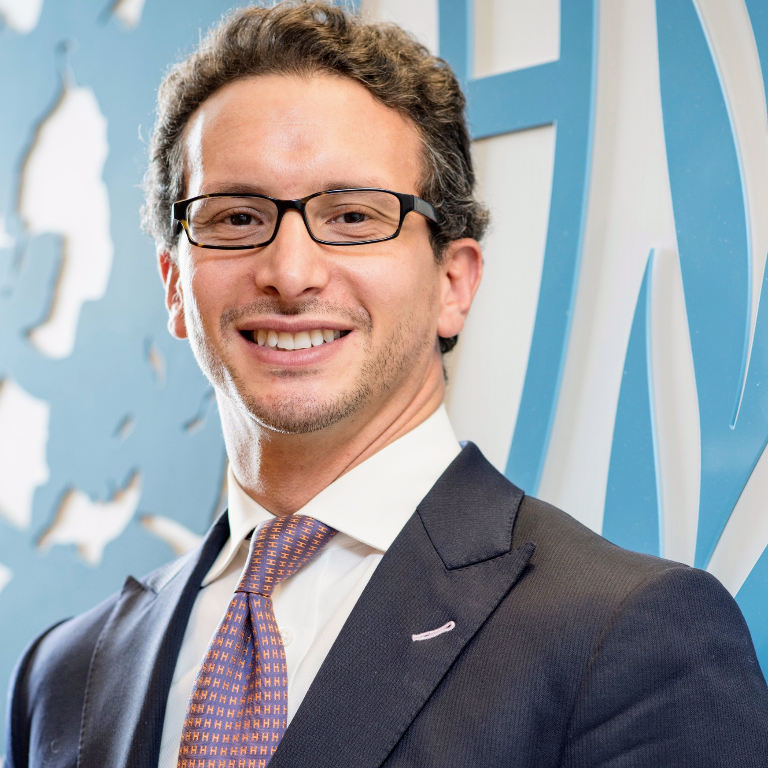 Kamal has been a faculty member of Columbia University since 2018, where he co-chairs the University’s Climate Mobility Network and works on advancing efforts to address climate forced migration. In 2018, he directed the Migration Consensus Initiative at the Columbia University Global Policy Initiative. During the intergovernmental negotiations for the Global Compact for Migration (GCM), he successfully led a coalition that pressed for countries to recognize the need to protect those forced to leave their countries due to climate change, as well as for commitments to address climate-forced migration.

Between 2018 and 2020, he also served as Special Adviser for Strategic Partnerships, supporting United Nations’ efforts to advance innovation technology towards achieving the SDGs. He spearheaded efforts leading to the establishment of the first UN Innovation & Technology Accelerator for Cities in Hamburg.

From 2015 to 2017, Kamal served as Political Director to successive Presidents of the UN General Assembly, where he led the Office’s instrumental contribution on migration and human rights issues, including the negotiation and adoption the New York Declaration for Refugees & Migrants, the GCM and the Political Declaration on Combating Trafficking in Persons.

Prior to his work for the UN General Assembly, Kamal served as Chief of Staff of the UN Peacekeeping Mission in Côte d’Ivoire (UNOCI), where he also directed UNOCI’s Ebola response efforts (2013-15). Before taking up his appointment in Abidjan, Kamal led the Office of the Head of UN-AU Joint Peacekeeping Mission for Darfur (UNAMID), where he oversaw the crafting and execution of UNAMID’s strategy for the protection of civilians in Darfur (2011-13). From 2008 to 2011, he served as Head of the Office of the UN Envoy to Myanmar, tasked with advancing the democratic transition in Myanmar.

Previously, Kamal had spent five years supporting the UN’s engagement towards the stabilization of Iraq. He was part of the early UN team working on the political transition in Iraq and tasked with organizing the country’s first elections (2004-07) and facilitating the negotiation and implementation of the International Compact with Iraq (2007-08). His international career began in the Office of UN Secretary-General Kofi Annan (2002), after which he joined the Office of Arab League’s Secretary-General Amr Moussa, advising on Iraq issues (2003).

Kamal is a member of the Global Board of Trustees of The Commons Project Foundation and serves in the Board of Directors of the Tällberg Foundation. He was also elected to the Executive Board of Sciences Po Paris in 2002 & 2003 and was appointed Yale World Fellow in 2012. He is an Architect and a graduate of Sciences Po Paris, Columbia University’s School of International & Public Affairs and the Saint-Luc School of Architecture. He speaks fluent English, Spanish, French, Arabic and Amazigh.